Why ‘Talent Management’ is a sham 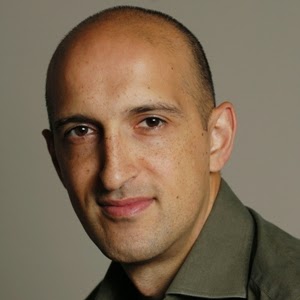 Mathew Syed was the UK No 1 Table Tennis Champion for 10 years. But here’s the killer fact: his one suburban street in Reading produced more Table Tennis Champions than the whole of the rest of the UK combined. Why? Matthew was always being told that he had innate talent, fast reactions, blessed in some way, a gift. This, he explained, was nonsense, “at best misleading at worst destructive in schools and learning… it was years of high quality purposeful practice”.
Weasel word - talent
Any teacher, trainer, lecturer, coach, mentor, parent, sports person would find his book 'Bounce' a profitable read. It’s much deeper than the usual sports' biographies as he builds his case on the psychology of learning. He is not one of those sports names who sprint round the conference circuit and give rather superficial, motivational speeches, a biographical tale peppered with a few well worn rugger-type jokes. He’s a thoughtful man who has reflected deeply on why talent is not born but made through ‘deliberate practice’ How do you get to Carnegie hall? Practice, practice, practice; relentless, deliberative practice. He's well versed in the psychology and causal effects of practice and his message is that education and employment in the UK has a deep and disastrous weasel word at its core – talent.
He was saying that so-called ‘Talent Management’ is a crock of s**t, as talent, in the sense of a gift, is misleading – it’s simply the wrong word. Our beliefs in where talent comes from affects performance. Born not bred, a gift, you need talent – this is the dominant view in western culture. In fact, it’s about effort, practice and tenacity.

US import
As an import from the US, Talent Management is yet another HR bandwagon. Once the 'Leadership Training' bandwagon had run its course, its wheels stuck in the deep mud of fashionable indifference, HR had to find another rickety old vehicle to justify increasing scepticism about their usefulness. Talent Management (really just Leadership in new clothes) is yet another reason for senior managers to spend oodles of cash on themselves . And don't think for one moment that this is an inclusive, company-wide scheme that involves ALL employees. It's really a filtering process for joining the Executive Club. Never trust those guys you see turn up to meetings, or at the airport, with their little Platinum, Gold or Silver 'Exec Club' tags hanging conspicuously on the outside of their combination-lock briefcases. They're in the same camp as those who wear mobiles on their belts or blazers with flat gold buttons on the cuffs. If Talent Management really was meritocratic, then boards would advertise openly for members (they don't - in the UK it's mostly word-of mouth) and there would be transparency from top to bottom in recruitment, rewards and promotion. The city and UK senior management is full of old duffers, still wearing their broad diagonally striped school ties (I personally think this smacks of public school pederasty).

Catastrophic problem in schools
This is a catastrophic problem, as when young people believe that ‘talent’ is the key criterion for success, the ones who feel they lack talent (most of us) fail as we simply stop. Kids who fail largely behave rationally. They are taught that talent matters and signs of failure are punished. This denigrates the idea that effort, application and persistence are what matters. Too many simply give up. This is most apparent in maths, where one tricky problem, one misguided comment by a teacher, will simply stop a child in their tracks and instil the idea that they have no ‘talent for numbers’. People disparage effort, pretend they don’t study hard for exams, but it matters. This is an ingrained feature of our schooling. And of course, this doesn’t arise from a vacuum – our culture promotes this and it is viciously self-destructive. So what are the features of a good learning environment?

A good start is the work of Carol Dweck who relates motivation and subsequent success to mindsets on abilities. Those with a fixed mindset, often reinforced by educators, see their abilities as fixed and lose the ability to improve and pout in te effort to succeed. Those who retain a flexible mindset around effort, not ability, remain motivated and have a higher chance of success. She scotches the old myths around the ‘gifted and talented’. I’ve never yet found a middle-class parent who doesn’t think their child is one of the ‘gifted and talented’.

Failure is the driver
Acceptable failure, Syed claims, is the key to good practice. Failure is an opportunity to adapt and grow. High quality learning experiences focus on deliberate improvement. This means encouraging a culture of deliberate failure and environments where it’s acceptable and safe to fail.

Feedback matters
Aviation is a good example. With 3 billion flights last year and a tiny number of accidents and deaths (around 300), an extraordinary success. Why – they take feedback and continuous improvement seriously. Doctors and radiologists get patient data on outcomes – this matters. These professions embed rich, usable feedback at all levels. Elsewhere there’s often a lack of willingness to learn from mistakes and failure. We need learning experiences that avoid talking at people, preaching masquerading as teaching. We need detailed, frequent and constructive feedback.

The education and training world, the learning game, is obsessed by one-off courses. This goes against everything Syed said in this presentation. We ignore what the psychology of learning has been telling us for the last 150 years, certainly since Ebbinghaus laid bare the ‘forgetting curve’ and explained that it is through practice and reinforcement that anything is learnt. Improved performance not only needs repeated practice but also deliberative practice, (see Anders Ericsson). This, Syed kept stressing, is the only way to succeed in acquiring skills.  I have seen this myself in my own son. He has trained several times a week in TaeKwon-Do since he was 8 years old. That’s over 12 years, on average training 4 times a week, at 2 hours a session. He’s fitter than a whippet, as flexible as a yoga teacher and can knock you out with one targeted kick or punch. Years and years of practice make you an athlete, not courses.

Conclusion
Paul Flowers, the catastrophic leader Chair of the Co-op Bank, was hired on the back of his Myers Briggs scores but was hopelessly inept, had few skills, other than deception but promoted way beyond his abilities by an inept HR department, who thought they were hiring ‘talent’. This is just one feature of amateurish and misleading HR.  I’d like to ban two words in education, training and personnel – TALENT and LEADERSHIP. Talent is the weasel word that secretly imports a destructive false belief, that talent is what we’re after and not a meritocratic world where effort is rewarded.  It encourages shortcuts. Leadership is in many ways worse as it’s become a plague in training. Leadership training is often just management training iced over with a thin layer of superficial, non-nutritious nonsense about ‘being a leader’.  It’s really just another word that promotes the idea that ‘talent’ matters.
at March 03, 2014

Thank you especially for highlighting the "talent" myth, something I too think has been a very bad practice particularly from a pure parenting point of view. Our job as parents is to prep our children to be free to choose their path. Throwing mythical "talent" into it, as if it's their inherent nature, is just simply wrong-headed. If we truly believe and want them to be whatever they choose to be, then they need freedom from parents placing illogical blinders on their exploration and development.

There's a lot of good thinking here, but it still needs some disentangling: I've been brushing my teeth for almost forty years now - not sure I'm world-class yet. Repetition is great for motor skills - but this is probably a special class of learning. For other stuff we generally only need one time. This is why people tell learning stories that start 'there was this one time...'. I agree that feedback is very important and often it is powerful consequences that make one-time learning stick - as is implied by 'learning from failure'. Outside of motor skills repetition sometimes seems more hindrance than help: I find that people are stuck in conventional ways of thinking, their thoughts merely repetitive. I agree that repetition can lead to the internalization of expertise (e.g. chess playing), but was struck by recent research on how this can blind people to seeing the new.

Anders Ericsoon and Dweck's work is far from being about repetition. It's about motivational theory and continuous improvement. There is a danger in seeing 'sports' learning as a model for other forms of learning, I agree, but most learning requires practice. I think we both agree here, it's just a matter of going down to the next level on the theory.

By contrast a less serious and sensible comment on same:

The HR Catechism of Cliche

Great Blog! This post gives a better idea. Thanks for the useful information.
What is a Sham?