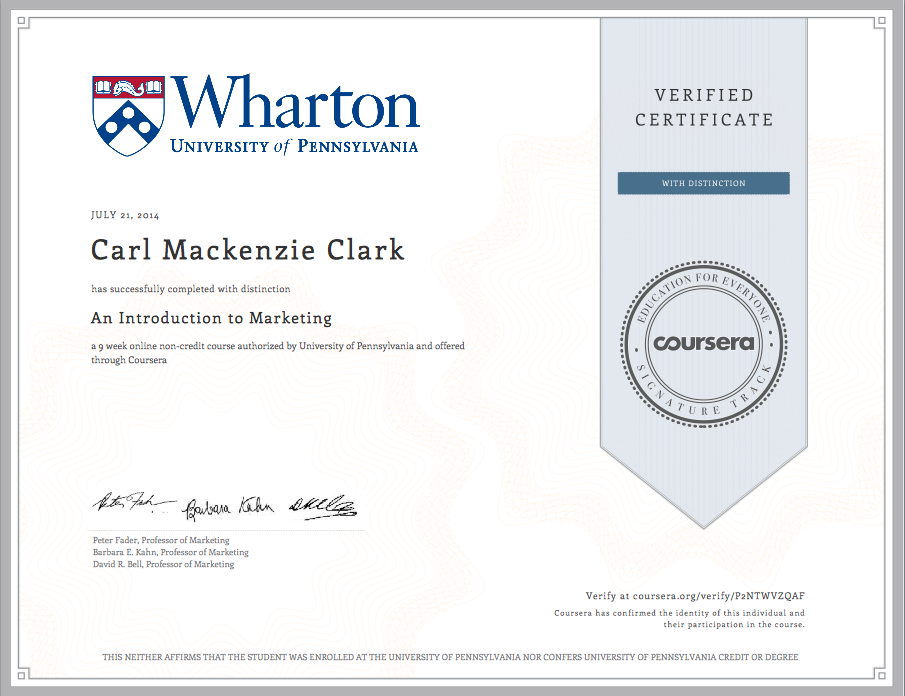 Excellent study on ‘The Employer Potential of MOOCs’ with 103 employers surveyed, followed up with deep-dive interviews of 20, on the use of MOOCs for:
1. Recruitment
2. Hiring
3. Personal development
This builds on the Duke study earlier in 2014 that showed employers welcomed MOOCs.
MOOCs for employment
I wasn’t surprised at the relatively low awareness of MOOCs by employers at 31%, as they’ve been marketed primarily at Higher Education and education in general. This is also why I’m non-plussed about the data that shows the majority of MOOCers being highly educated. This is typical of the early adoption profile for new disruptive technology-driven initiatives, Indeed, research from the University of Pennsylvania shows that more than two-thirds of MOOCers identify themselves as employees. Only13% take MOOCs towards a degree but 44% take them to gain specific skills to do their job better, a further 17% take MOOCs to gain specific skills to get a job (Christensen et al., 2013). It should come as no surprise, therefore that the MOOC suppliers have turned towards the professional market for revenues.
1. Recruitment
Most employers still use traditional methods of recruitment but the majority of those surveyed do now use LinkedIn. Once they had heard of MOOCs and understood what they were, they were positive about their use in recruitment (59%). Two sectors in particular were keen on the idea of using MOOCs for hiring; Technology (67%) & Manufacturing (79%). Engineers and developers were of particular interest. The least receptive were Retail and Finance.
2. Hiring
Nearly two-thirds (64%) viewed MOOCs in hiring positively, with those who had heard of MOOCs scoring even higher at 72%. Even in organisations that saw no role for MOOCs in recruiting, 53% saw them positively or very positively for hiring. None of the respondents saw MOOCs very negatively, with only 1 seeing them as negative.
HR staff saw the added value in MOOCs, compared to traditional qualifications as showing the following ‘plus factors’:
Business and Communications organisations were the most positive (87%), with Education (78%), Technology (75%), Public administration (75%), then Manufacturing, Finance and Retail all at 75%. Health organisations were the least receptive at 56%.
3. Personal development
Despite MOOCs being the new kids on the block, 7% were already using MOOCs for personal development, an additional 5% had considered them and 71% could see their organization using them. Those who had heard of MOOCs were universally positive about their use in personal development. Only 3% were negative.
Desired MOOC content fell into three areas:
1. Soft skills in developing management, leadership, dealing with customers, account management
2. Basic computer skills
3. Highly specialized training such as software development
The positive features of MOOC taking were identified as:
An interesting approach by some, who were already using MOOCs, is to cluster employees into cohorts as they start the MOOC. This increases mutual support, company specific sharing and motivation to finish.
Another big plus for employers was that they could be seen as an ‘employer of choice’ attracting and retaining the best candidates by offering an approach that is contemporary and fits the expectations of younger employees.
Conclusion
The authors note that “the potential for employers’ use of MOOCs is strong”. I’d say, given the relative newness of MOOCs and the lack of awareness among employers of MOOCs, the evidence is overwhelming. The fact that they are free, flexible and accessible is a big plus in times of budget squeezes. But the one statement I found compelling was, that when it comes to personal development, “I don’t think you can have too many options to take and choose from”.
at November 04, 2014