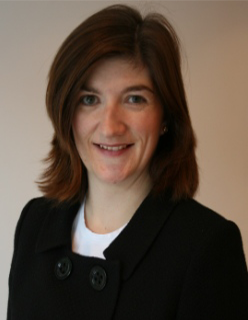 The truth is out. Nicky Morgan, who became Secretary of State for Education only as a result of a Cameron/Gove spat, is a sheep in sheep’s clothing. Don’t take my word for it. Anthony Seldon, a Gove acolyte was scathing about her in The Times, claiming she knew nothing about schools and was quite disinterested in the portfolio, unlikely to make any mark and be gone after the election. And that’s from a man who is the progenitor of her ridiculous ‘Character Education’ initiative. Who needs enemies….
Sure, she didn’t ask for the job, isn’t really interested in the job but why pass over Liz Truss, who at least has some experience? Morgan has, by default, been given the image of the cleaner who came in after Gove to clean up the gallons of blood let on the floor and calm everyone down after he tried to dismantle the education system and replace it with rapacious Academy chains and a diet of Latin. Nevertheless, Ministers need to make their mark and her mark is notably absent. Her first conference speech was a hollow affair. Education policies, especially the pupil premium linked to school meals but also curriculum reforms and free school funding is a shambles. Her poor grasp of maths has let to the 'bell-curve' ridicule. She continues to underperform looking more and more like a rabbit stuck in the headlights. She’s a name, a cipher, not a leader.
Minister for straight women
Not a great pedigree, I’d say for someone with the Women and Equalities portfolio but, astonishingly, she voted against same-sex marriage. Then, oh what a surprise, she had a Damascene conversion.  This showed more than a touch of duplicity. It showed a career politician who puts progress above principles. Don’t be fooled, this is a politician on the make. Beneath the dull exterior lies an old-fashioned, Christian moralist. Politicians who do U-turns of convenience are NOT to be trusted.
Poor at maths
The hapless Morgan has form on poor maths. She got into trouble for making, what was more than a schoolgirl error, on presented figures to Parliament, claiming that a third of all kids under the Labour Government had left school unable to read or write. This was wrong-headed nonsense. The head of the UK Statistic Authority had to come came out and publicly place a dunces hat on her head, something they never usually do to a Minister. She was clearly in over her head, as she confused Levels and failed to grasp what the actual statistics really meant.
This FAIL in maths should come as some embarrassment to the Minister who claimed that pupils should focus more on maths and sciences, not the humanities. If only her PPE bosses has taken her advice. In December, she was also caught out by a 10 year old who asked her, on Sky News (see here), a basic GCSE question, ‘What is the cube root of 125?’. She refused to answer – twice. Maybe she needs to do some of that rote learning she's loves so much? The times tables farrago was her low point. Policies based on whim, another sign of a lack of intellectual depth.
Character education
But if there is one thing that has marked her out as different, it’s ‘Character education’, an old, long-discredited idea that has no evidence to support it, other than the views of public school types whose education policy comes down to ‘if only everyone were like us’. For Morgan, this seems to come from her Christian background, For ‘character’ education read ‘moral’ education. If character is exemplified by Gove & Morgan, then I’d march up to the school and demand that my kids exercise the right to not attend the classes. For a more detailed analysis of this issue see ‘Character Education– an assassination’.
Nicky & Tristram
She grew up in Surbiton - surely the only duller sounding name in the UK is Slough? Public school, Oxford – became a lawyer, every bit the professional politician we’ve come to see as careerist and disengaged from voters. To be fair, she did get one thing right, describing Tristram Hunt as ‘vacuous’. In fact, she’s not that different from her Labour shadow, Tristram Hunt, who is cut from the same sheep-wool cloth, devoid of any true understanding, ideas or feel for the job.
Last word….


If I seem to have been harsh here, it’s because I despise this public-school driven drivel, that sees state education as dysfunctional and public schools as models of perfection. This chapter in education policy needs to be brought to a close. Unfortunately, the sad truth is that the voters in England continue to to play out their role in Downton Abbey, happy to be subjected to the whims of toffs. This, in effect, makes education, unreformable.
at January 11, 2015