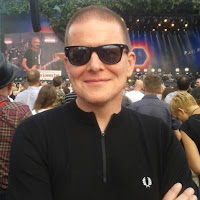 
This was an honest and level-headed presentation by someone who not only studies MOOC but also designs, develops and delivers MOOCs. It was Stuart who helped me define the Blended learning MOOC delivered by Futurelearn. His comments were astute and free from that strand of irrational skepticism one often finds, even in the HE edtech community.
at January 12, 2016

You make some really good points. The one thing I would add to the list is that MOOCs, while free to the learner, still cost money to produce and run (sometimes quite a bit) and the jury is still out on a sustainable revenue model for many (most?) providers. Personally, I'm going to hold off declaring a "year of MOOCs" until there is clarity on the monetization in a sustainable way.

There is a fundamental problem with the term 'massive' IMO - massive is the enemy of good design.

A much better understanding of different groups needs will lead to better products, which will then find wider audiences by virtue of bring good.

Building them around 'communities of purpose' seems like the way to get the kind of learner buy-in which will be necessary to establish a credible peer assessment process which can be ratified in a way which will make them look good on someone's CV.

The average academic teaches at most a few hundred students a year, often very many less. This means just a few thousand over their entire lifetime. So the word 'massive' is still, I suppose, relatively useful, if we're exceeding that in a single course. But I agree that focus on practices is useful. This, I think, is exactly what is happening. The Dementia MOOC is a good example. To be honest, I'm not sure that this has much to do with the traditional University system at all. It's ploughing its own furrow. If we wait for Universities and the regulatory bodies to come up with accreditaion we'll be waiting forever. The desig issue is slightly different. I think that has more to do with the platforms and adjuct tools/MOOCs are still quite primitive because the platforms are shallow and the courses they reflect are often much more fragmented and scrappy than people imagine. Is it, in a sense, exposing hte weaknesses of existing courses, rather than MOOC courses in themselves?