Why almost all Multiple Choice Questions are badly designed... 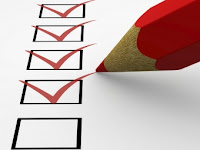 Multiple-choice questions are everywhere, from simple retrieval tests to high stakes exams. They normally (not always) contain FOUR options; one right answer and three distractors. But who decided this? Is it more convention than researched practice?

Research
Rodriquez (2005) studied 27 research papers on multiple-choice questions and found that the optimal number of options is THREE not four. Vyas (2008) showed the same was true in medical education. But God is in the detail and their findings surfaced some interesting phenomena.

Four increases the effort needed to write questions and as distractors are the most difficult part of the test item to identify and write, they were often very weak.

Reduction in the number of options from four to three (surprisingly) increased the reliability of test scores.

Cheating MCQs
In my 20 tips on how to increase your score in multiple choice questions, I mention the fact that there's often one distractor that's obviously wrong, another reason for abandoning that often difficult to write fourth distractor.

Weaknesses in MCQs
Of course, multiple-choice is, in itself, weaker than open-input, which is why we can go one step further and have open response, either single words or short answers. Natural Language Processing allows AI not only to create such questions automatically but also provide accurate student scores. AI can also create both of these question types (also MCQs if desired) automatically, saving organisations time and money. This is surely the way forward in online learning. Beyond this is voiced input, again a step forward, and AI also allows this type of input in online learning. If you are interested in learning more about this, see WildFire.