Why are the Maths Zealots in our schools? 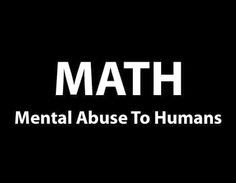 There’s a movement stalking our land and many other lands – the Maths Zealots. Driven by PISA envy they are zealots, sure that the solution to all our economic and social woes is knowing the quadratic formula. Before I start, don’t shoot the messenger. I like maths, I’ve taught maths, I helped commission major maths teaching projects. I just don’t like silver-bullet movements that take one subject and treat it as if it’s the pinnacle of educational achievement, when it’s clearly not. Let’s be honest, the last person you’d take most problems in life to, even practical ones, is a maths teacher or prof.

Latin - educational fossil
This is not new. Latin was forced down the throats of generations of kids for no better reason than laziness and snobbery. No it’s not a sensible way to help you learn other languages. No it doesn’t give you great insights into English. It’s a long-dead fossil that bores most with mostly fictional educational benefits.
Coding the new Latin
I have no doubt that coding should be taught in schools but compulsory coding for all is crazy. I’ve coded, spent a lifetime working with ‘coders’ and most of them will say that it’s not a subject for all. I don’t care how many ‘hackathons’ you’ve organised, coding is a specialist skill, readily purchasable from smart people in cheaper lands. For every coder there’s project managers, sales people, marketing people, finance people, graphic artists, video production….. funny how you never hear of the ‘hour of sales’, even though it’s the skill that’s most often absent in start-ups.
STEM - all too easy acronym
Some acronyms create more problems than they’re worth and this is one of them. I’m OK with promoting science but the ‘T’ is only there so that SEM is easier to say and remember. Is it “Technology or ‘Technical’? Doesn’t matter – what is the ‘T’ bit? Engineering? Isn’t that technology? Not sure. But what has happened – the design bit of ‘E” for engineering has been ripped out of the school curriculum by Arts graduates like Gove. Then let’s just lob maths onto the end. let's add some more letters like 'A' for the arts, "D' for drama and design, 'H' for history, 'G' for Geography, 'L' for languages, 'B' for Business, "P" for psychology, 'M' for Music and so on. Then again it wouldn't fit the great desire for all too easy to remember acronyms. STEAMBLGPHD...?
Numeracy
To be fair this is a more appropriate approach to maths but as is so often the case, rather than argue the case for a functional maths qualification, the quangos and charities turn this into a maths crusade. People are so focused on getting their MBEs and CBEs that they forget that this is primarily a political battle, where politicians and civil servants have to be challenged.
Maths, maths and more maths
More maths is likely to cause more problems. Why?  Remember what Henry Ford said, “If I had asked people what they wanted, they would have said faster horses.” Hammering home more calculation maths is a case of trying to shut the proverbial stable door one the horse has bolted. We desperately need a functional maths qualification, based largely on number theory but not just on calculations. Computational devices, we all have one, it’s called a mobile, do the job better. If we are to teach maths it needs to be more focussed on the practical and mathematical thinking. The GCSE maths standard is crap. It even has maths mistakes in the specification. Algebra, Trigonometry ad most of Geometry is neither necessary nor desirable for most learners. The vast majority of people in the workplace and in life do NOT need even GCSE maths. We have calculators, some basic number theory and functional maths will suffice. Even worse is the idea that you need GCSE maths in every apprenticeship and vocational qualification. This is patently false and is likely to result in massive and unecessary failure rates.
Conclusion
The myopia produced by single subject advocates so often descends into ugly zealotry. I have only defriended two people on Facebook, ever, and one was a persistent grammar and spelling nut who confused typos with stupidity. She never said anything remotely interesting on any subject other than police posts for spelling and grammar errors, even then she was often wrong, confusing Latin rules with English. I see the same behaviour in the single-subject nuts, who want to funnel us all into a small set of subjects. Rather than look at the breadth of subjects and open up young minds to many possibilities, they want to close these young minds down into human calculators. The common denominator here (to get all mathsy for a moment) is their desire to get the rest of the world to think like them. What THEY learnt, everyone should learn. I’ve met enough of them to know how catastrophic this would be.

PS
To show that I’m not against maths and computer science per se, check out Citizens maths and OCRs Computer Science MOOC. Two projects I'm proud to have helped get started.