Perfect time of year to visit Berlin and my favourite conference of the year Online Educa – like the gluwein in the nearby Christmas market, a pretty tasty brew – spicy and strong enough to keep the conversation flowing. I like the mix of the academic, government and business.
1. MOOCs are here to stay
In 2012 they were saying MOOCs are awful, 2013 MOOCs are dead, 2014 MOOCs are pedagogically weak. 2015 some still don’t like them but we can finally say they’re here to stay. 2016 will be “they’ve turned out to be alright after all”. 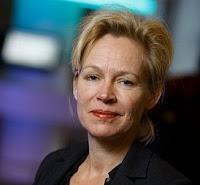 What gave me heart about Higher Education was the fantastic talk by Anka Mulder, from the University of Delft. She posed a question. If Uber can destroy the business of driving and not own a single cab or employ a single taxi driver, and AirBnB can soak up the accommodation market without owning a single hotel, can this happen in education? She put up an innovative argument, that her institution could be such a global player. Brave, and I wish her well, as they’re adopting many of the necessary traits - but it’s unlikely. She did, however, argue that MOOCs are having a profound influence, not only as outreach by institutions to new audiences but also on the potential use of MOOCs internally for campus students. Her advice, which is innovative and sound, was to form alliances, as the airlines do around the world, to deliver world-class, transferable qualifications, with other Universities around the world. Unfortunately, Universities are slow, bureaucratic, non-collaborative, often with national perspectives, high fixed costs and a reluctance to accept transferability, so it is likely that another player pulls off this trick. Her vision, like that of Jeff Haywood at the University of Edinburgh (see his brilliant talk here), is exactly what HE needs.
2. AI 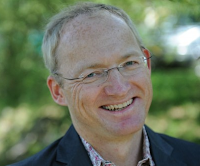 The plenary session on AI in education was sharp, although mostly about AI and light on education. Toby Walsh rightly quashed the dystopian opinions of Hawking, Gates and Musk, along with Hollywood visions of Terminator robots murdering us in our beds, then reminded us that we actually live in the age of algorithms. AI is already here in Google search, Amazon, social media and almost every other species of online service. An interesting aside was that AI software had just (48 hours earlier) passed the Japanese University entrance examination, scoring well above the average score. He then gave us an informed view of how AI may affect the job market.
I have written about this myself and highly recommend The Future of the Professions by the Susskinds, which looks at the professions one-by-one, as well as the complex economic arguments around job destruction (and creation). Jobs will be destroyed but new jobs created. However these jobs will be different and it is by no means certain that there will be a higher net number of jobs at the end. We’ve seen this before as mass employment moved from fields to factories, then came the shift from blue-collar factories to manufacturing robots. It looks likely that this will now happen to the white-collar professions. Education is not immune. We’ve already seen a vast reduction in the number of trainers, librarians and even teachers in my opinion, as tech has taken root for search, knowledge and learning. Fascinating.
AI in learning
AI and the professions
3. Education fixated with faddish beliefs
A key moment came on the second day when a neuroscientist asked the audience whether they believed in learning styles, that only 10% of the brain is used at any one time or L/R brain theory. There was a forest of arms for all three. She was polite but the response was shocking. Bewildering though this is, at least it showed the scale of the problem. It’s like going to a medical conference and finding out that the audience are really selling powdered rhino horn, herbs and homeopathic solutions. There was then an almost tragicomic moment when an audience member tried to defend learning styles – it was, of course, an anecdote, and the plural of anecdote is not data.
4.  Evidence matters

As a counter to this stuff, I gave a whistlestop tour of 2500 years of learning theory (the good, bad and the downright ugly). I went from from Socrates to Seligman in just 25 minutes, clustering learning theorists into: Greeks, religious leaders, religious educators, Marxists, constructivists, psychoanalysts, schoolers, pragmatists, behaviourists, cognivists, instructionalists, holists, assessors, educationalists, online technologists, online educationalists, cultural critics and outsiders. The good news is that people are starting to take the real (not faddish) psychology of learning seriously. We’re listening to Hattie, Black & Wiliam and Dweck in schools. Taking Ebbinghaus, Tulving and Erikson seriously in terms of memory theory and practice. It takes time, but the dusty old boxes of dated, faddish and non-evidenced, learning theory and practice is being swept away by good research.
5. Doing matters
General learning conferences often have a disproportionate number of people from Universities as they have the time and budgets. Vocational learning and schools are under-represented. This year I gave a talk about tech in vocational learning and was on a later panel discussing the issues. The session, with my friends from Africa, Jamaica and Malaysia, was exhilarating. We talked way beyond the end of the allotted time. The panel was fine but the chair insisted in posing the old trope questions about MOOCs and F2F mentioned above. I think it just wastes time.
As Pasi Sahlberg says, vocational learning is back on the agenda, as many countries feel the fiscal burden of University education and start to experience graduate unemployment. In the UK, the main plank of the education debate was 3 million apprenticeships, something that the left wing parties should have pushed. Surprisingly, it was the policy of the right wing government and they won. Some great case studies popped out from Mexico, Malaysia, with Moodle, YouTube (as a learning platform), OER, even AR & VR. Big thanks to UNESCO for pulling this together.
6. Why is OER unused & unloved?
It’s not that we don’t have enough OER resources or funding. Millions have been poured into this, by the EU and many others, but much of it remains unused and unloved in repositories that more resemble unvisited graveyards than busy learning spaces. What went wrong? Well, first, there has been far too much emphasis on reusability by teachers, who have an in-built aversion to using anything but their own stuff - far better to target learners. Second, crap marketing. The most used open learning resources, and I mean hundreds of millions of users, are Wikipedia, YouTube, Khan Academy, MOOCs and so on. That’s because they’re easy to use, free at point of delivery, useful and living, breathing systems that have exemplary marketing – and let me repeat, aimed at learners. It comes as no surprise, that these are precisely the things educators seem to delight in rubbishing. It's the mindset that's the problem. That’s a shame.
7. Device fetishists have disappeared
Not a single session this year had the word ‘tablet’ in the title. This is heartening. The ‘keep on taking the tablets’ folk have disappeared as we get back to real learning and not an unhealthy obsession with often inappropriate, shiny objects. Enough said. For more on 'device fetishism' see here.
8. Blended learning
Heard this phrase a lot, although it is so often used in the sense of Blended TEACHING, not ‘learning’ i.e. let’s keep on doing what we’ve always done, with some adjunct online activity. Nevertheless ‘Blended’ has taken root, which I welcome. It’s a good heuristic starting point, as long as people do a proper analysis and start with solid data on the types of learning, learners and available resources.
9. Media mix matters
Text, audio, graphics, animation, video, even VR are media types that have different advantages and disadvantages in online learning. When making learning materials and tools, so many ignore the research and lessons we’ve learned from past experience. We’ve had over 30 years of raw experience and need to listen to those who have trodden these paths before. Some good sessions on this, especially video, but I’d like to see a general session on all of them. For my own 100 tips on designing online learning see here.
10.  Informal learning (Jay Cross)

Friends of Jay Cross (I was lucky enough to know him well), who passed away this year, got together for a celebration to his life. His legacy, that we put too much focus on formal teaching, courses, structures and institutions and not enough on informal learning, lives on. I wrote this piece on Jay two years ago and included him in my list of greats, when I did my 2500 years of learning session.
I missed Jay at Educa but he was there in spirit, especially at the dinner Rebecca held for us at Lutter, a beautiful old Berliner restaurant, where his friends did what friends do, reminisced, toasted and laughed into the wee hours – if you knew Jay, you’d know that was his style.
Berlin
Lastly, thanks to Berlin for hosting my birthday. I was toasted with Schnapps at midnight by my Educa friends in one of Berlin’s oldest restaurants, had a Champagne breakfast, drank Champagne before heading out with my family for a birthday meal and ate chocolate cake delivered unexpectantly to my room by the hotel. Thanks also to our hilariously irreverent tour guide on the Berlin boat. He blew away my hangover when he invited us to knock on Merkel's door (as she does a great Kartoffelsuppe), ridiculed the guy who failed to finish the airport (if he visits your town, make sure he leaves), then had a go at lobbyists as we passed Parliament, the pampered kids of politicians as we passed their creche, German pop music (with outstretched arms he mimicked ‘our Celine Dion’ doing her wunderbar Christmas Album), local planners (we Germans love a good plan), rising Berlin rents due to rich property speculators.... he should be in stand-up. A well deserved tip was in order.
Have a Merry Xmas and happy New Year - see you all next year….. or for E-learning Africa in Cairo.

Don, your 25 minutes on the history of learning theory sounds fabulous. Is there a video, or set of slides or write up anywhere?

Can send you a link to PDF of book (early draft). Email address?