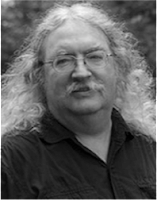 At Online Educa, I gave a talk called '2500 years of learning - the good, the bad and the ugly'. It went down well but at the end Stephen Downes, who was in the audience, came up to me and made the reasonable claim, that I had mentioned Ng & Koller but not his good self. He was right. I have a lot of time for both of these guys, so I have rectified this by writing this short piece and will be including Downes and Siemens in my future versions of the talk. Here's my short piece.... 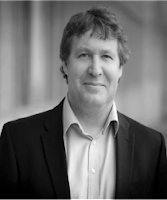 Stephen Downes and George Siemens, although very different, have two major things in common, connectivism and MOOCs. Stephen Downes sees himself as a philosopher with a professional interest in online learning, specifically the use of network processes for learning. This includes MOOCs and many other species of open, collaborative and online learning. George Siemens is a complementary educator with similar views on connectivism and both a theoretical and practical interest in online learning and MOOCs.

Connectivism
Siemens and Downes developed the concept of  ‘Connectivism’, the idea that “knowledge is distributed across a network of connections, and therefore that learning consists of the ability to construct and traverse those networks”. They see it as an alternative to behaviourism, cognitivism and constructionism. Downes makes it clear that he is not a social constructivist. ‘Connectivism’ is very different from ‘constructionism’, as the focus is on the connections, not the structures or meanings that are being connected across networks. Learning consists of the practices, by both teachers and learners that result in the creation and use of successful networks with properties such as diversity, autonomy, openness, and connectivity. This was a real challenge to the existing paradigms, atht does take into account the explosion of network technology, as well as presenting a new perspective on the learning process.
MOOCs
In 2008, Siemens and Downes designed and taught the first cMOOC. This has led to a commonly quoted distinction between cMOOCs (connectivist) and xMOOCs. cMOOCs are open, learner-generated, with a greater use of social and other networked tools. xMOOCS, which in reality is most MOOCs, are more formally presented in a more traditional course structure, with video, texts, computer marked assessment, peer assessment and social interaction. Siemens and Downes can certainly be said to have kick-started MOOCs but only in the sense of being the progenitors of one species of MOOC (connectivist), which have not yet reached any significant critical mass. While it is true that Siemens and Downes delivered the first MOOC, it was not the first massive, free or even open course (a fact acknowledged by Downes). Others in the corporate sector and online had delivered such courses. Nevertheless, they remain, on this front, pioneers in MOOCs and online learning.
Criticism
Connectivism has been challenged as simply a descriptive, umbrella term for what is known as social learning, a diffuse description of the simple fact that people are connected and learn by that means. It can also be seen as placing too much focus on the delivery mechanism, as opposed to the individuals’ cognitive processes, demoting learning to a mere epiphenomenon. Indeed, it does seem to demote what many see as real (personal and mental) cognitive learning processes and practice. As a ‘learning theory’ it can also be seen as descriptive of only a subset of learning. It is ‘a’ learning theory, applied by some, but can in no way be described as ‘the’ learning theory.
On MOOCs, the distinction between cMOOCS and xMOOCs is often misunderstood. The ‘c’ does not stand for constructivist (Downes is not a social constructivist), it means ‘connectivist’. In any case the distinction is too binary, as there’s a variety of MOOC types that defy this simplistic, binary distinctions. New taxonomies are emerging that more accurately reflect the variety of real MOOCs. This exaggerated binary distinction has led to simplistic criticism of many MOOCs as being poor in terms of their social dimension. This falsely skews the debate away from the variety of pedagogic approaches in MOOCs keeping the debate at an oppositional, binary level.
Conclusion
Downes and Siemens have defined a learning theory, connectivism, that has stimulated debate around the nature of learning, especially in a highly networked and increasingly technological world. Connectivism is a fascinating flip away from the preceding learning theories, in that it takes technology and networked processes as it’s bedrock, not behavior, internal mental processes or socially constructed meaning. It has stimulated debate but has yet to really challenge other more dominant belief sets in the world of learning. Beyond this, they remain significant figures with high quality output, not only in terms of MOOCs, but across the whole learning sphere.
at December 22, 2015