I’ve spent a lot of time on the Boards of large charities – over 30 years in total. Indeed, I’ve spent half of my working time on arts and education charities for the last ten years, for free. So it didn’t surprise me when I read about the rotten fruit that was the Kids Company. Read this report and despair. Don’t think that this is a one-off, or unusual in any way. It was a perfect storm of what I think lies at the heart of most problems in this area – British Amateurism.
1. Leadership 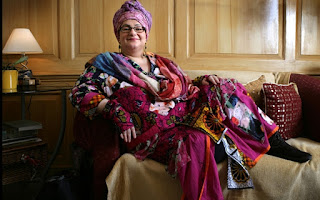 Surely someone must have seen the problem when it was obvious that the organisation as being run by a bowl of fruit? Even now, Batmanghelidjh’s lack of judgement is so deep that the luxury accommodation, swimming pool, chauffeur and ridiculous expenses seem normal to her. This is someone who couldn’t lead a can-can, yet was allowed to chew through tens of millions of our money without any checks on her behaviour. Part of the problem here is that we are in thrall to an imported idea of charismatic leadership, that is tearing organisations apart. This was a surfeit of self-belief (if not narcissism) paired with a complete lack of management skills.
2. Governor recruitment
Most Governors are NOT recruited objectively. Huge numbers are friends of friends, resulting in a homogeneity of background and outlook. Note that this problem is not solved through some 70s notion of a diversity policy and stuffing your Trustee board with token representatives. That, as we saw in the Kids Co, simply deepened the amateurism. It’s good to have a heterogeneous group but they must have ‘skills’ to do the job. Many others are recruited through those hideous, London-based agencies, such as Odgers, which narrows things down to their truly awful filtering process. I’ve been through this process (as an interviewer) several times, and believe me, they do the very opposite of what they promise – finding the same old people from the same old circuit. In the end, many charities are stuffed with amateurs, looking for a gong, with little experience of company accounts, risk registers and organisational management. That was the case at the Kids Co.
3. Chair
The Chair of a charity has to have keen eye for governance. Yentob was the Chair for 12 years. He clearly does not understand conflicts of interest and deliberately tried to intervene at the BBC when the fruit hit the fan. His statement about ‘descent into anarchy’ showed that he had lost the plot, if he had ever had one. Resignation from the BBC was the only option. It’s this sort of establishment amateurism that got the BBC into such trouble over Saville. What was more worrying was his complete lack of financial skills. You cannot have a Chair who doesn;t really understand the concept of 'reserves' and risk. In many ways he was more culpable than the fruitcake CEO. He should have dealt with her lack of skills but he couldn;t becauese he also lacked those skills.
4. Risks
If you don’t run a Risk Register, and deal with risks at every Trustee meeting, you’re not doing your job. I really believe this and have introduced Risk management systems to some charities I’ve worked in. This is a key management tool that forces you to attend to, and manage, the sort of risks that took the Kids Company down. A glance at a risk register would have exposed the most obvious risks around governance, funding, management, expenses and reserves. The board seemed to lack the necessary skills to do this job.
5. Auditing
Charities do not get a great deal from auditors. There’s not enough fees from the big boys, so you get a formulaic service that often lacks detail and doesn’t really challenge enough, especially on reserves. To be fair the Charity Commission is hopeless on this issue, not being nearly clear enough on the purpose and need for reserves. What happened at the Kids Company, where there were no reserves, was appalling and the auditors should be punished, as should the Governors, who let this slide by year after year.
6. Politicians
Cameron loved this mob, as they fitted his, as it turned out, doomed policy on The Big Society. This was all too cosy but what were Letwin and Hancock playing at when they made these latest payments? Again we see another strand of British amateurism – the public schoolboy. All three went to Eton, where their knowledge of poverty, and the real needs of this charity, was hardly enhanced. They have proved to be inept in the sense of being unable to judge impact. This was all about appearances trumping reality. Politicians love a little bit of colourful,PR and there is no bigger cornucopia of colour than Batmanghelidjh.
7. Charity Commission
Run by the hapless William Shawcross (guess what an old-Etonian), the CEO is from KPMG and it has a surfeit of lawyers on its board, who don’t seem to have a grip on operational matters - lawyers rarely do. This is an inept, amateurish, toothless organisation. Charities are running amok, with poor governance, no policing and when found out, the Charity Commission appears has no teeth – it doesn’t even seem capable of gumming them to death.
Conclusion


Every facet of British amateurism was at work here; recruitment, chair, governance, finance, risks, auditors, the Charity Commission and politicians. There are many charities that are well run with good people doing good work, usually for free, but many should not be charities at all and are run as establishment fiefdoms.
Camila's Kids Company: The Inside Story will be broadcast on BBC One at 21:00 GMT on Wednesday 3 February, and on BBC Two in Wales.
at February 01, 2016