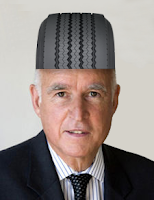 Micro-learning, the idea that learning can be delivered in small chunks, has been around for some time – at least 60 years. Yet, for some, you'd thing it was something fresh and new. It was originally called ‘chunking’, a term first used in George Miller’s 1956 paper ‘The Magic Number 7 plus and minus two’. This concept became refined as we unpacked the nature of working memory. In fact, '7' proved to be rather optimistic, as working memory appears to have an even smaller register and is way more complex than we at first imagined.

Learning Object
In terms of online learning, the chunk became the ‘Learning Object’. That goes back to 1994, allegedly to Wayne Hodgins. To be fair, the debate back then was quite sophisticated, as it did focus on discoverability and interoperability. These remain important concepts in online learning, as they require standards. That is why the concept of a 'learning object' was enshrined in IEEE standards and taken up by IMS and ADL.
Reusable Learning Objects
Then, in the early 2000s, the RLO (Reusable Learning Object) was fashionable. There was no end of talk about these small, digestible bits of learning that could be reused in courses. This was the basis of the awful SCORM standard, still in use today. The debate then was about recombining reusable learning objects in different courses, like Lego. There’s even a literature on the classification of such objects (Churchill 2007). This died a slow, and sometimes painful death, as it never really worked but we were left with the clumsy and inappropriate SCORM standard, David Wiley is just one of many who looked at this in detail in his paper The Reusability Paradox.
Nano learning
Masie became an adherent of nano learning, taking things to new, almost idiotic depths of smallness. I’m not sure that he ever understood that nano means 10-9 but it seemed, at that point, to be moving towards a meaningless arms race to see how minuscule learning could get, without much else of a theoretical framework. At this point the micro-learning thing was more of a bandwagon than anything of substance.
Nuggets
This is another popular term for Micro-learning, championed by the metaphoric school of learning. Lost count of the times I’ve seen the word used in online learning marketing brochures but like the ‘tapas’ theory of Blended Learning, it is for those who rank silly words over analysis. This is rather like the debate around Blended learning, which got stuck in muddled metaphors around recipes, cocktails, blenders and so on. When 'Blended learning' and now 'Micro-learning' remain in the world of metaphor, they remain banal platitudes.
Micro-learning
The ‘chunks of learning’ concept now pops up nearly every year, as if it were something new. This past year  it has been rebadged as 'Micro-learning'. I suppose Micro is a bit larger than Nano (in fact it means 10-6) maybe close to a nugget, a bit smaller than a chunk? Who knows? The term seems to centre around the idea that learning is related to YouTube videos, Tweets, infographics etc. I’m not against this, just against the lazy thinking that surrounds it.
Nowt new
The bottom line is that there is absolutely nothing new in this, apart from the usual failure to define how small is small and the implications for practice. In the debates I see, there is little detail on its actual definition. How does it actually relate to working memory? How are they combined? How can they lead to deep learning? Does chunking also refer to how things are stored and retrieved from long-term memory? How can we use it in searchable systems? What about interoperability?
What to do?
What’s needed is not some superficial branding, and yet another term for 'chunking' invented for  conference talks and twitter chats, but a more detailed analysis around its use and potential. As you can see above, we’ve been using and discussing the concept for 60 years and have chewed through a considerable amount of analysis and actual practice. To take just one example, the reusability of learning objects, RLAs, nuggets and micro-learning has a long history, largely resulting in its shortcomings. There have been endless attempts to build learning object repositories through expensive LCMSs. The online learning world world is littered with these failures.

Beyond just a description
To take Micro-learning beyond the simple platitude, that is ‘small’, it strikes me that there are several useful applications for what people are calling Micro-learning:
1. Social media – the idea that Tweets, Facebook and Blogs provide different but focused pieces of learning that play to the cognitive rules of attention.
2. AI (adaptive) learning, where networks of learning objects have to be created with meaningful dependencies, so that personalised learning can be delivered.
3. Chunked content – this is being used in semantic systems, such as WildFire, that automatically chunk content, on the fly, to increase attention and ultimately retention.
4. Spaced practice - where chunks are cleverly interleaved and delivered to maximise reinforcementand retention
Conclusion


If anything, micro-learning has focused on a general observation about small, episodic pieces of learning, driven by mobile, Twitter, YouTube etc. That’s fine. I buy that. Indeed, within the context of adaptive systems, defined by networks of learning objects, there are real attempts to use the idea, as there are in spaced-practice tools. But rather then resurrect a ‘fad’, more accurately one in a series of ‘retreds’, we need some real analysis on what it actually means. The idea rises to the surface in one form or another like a bloated corpse, and we get no further forward. To be honest, if this is the great trend for 2016 in learning, we’ve branded ourselves as a profession that simply forgets its past and is too lazy to define its future.
at February 01, 2016

Thanks for the post, Donald. I hadn't thought of Microlearning as an instance of chunking, but I suppose I can see how others would. My concern around Microlearning is that it's not really about learning at all, no matter the size of the package. It's simply about telling someone something. If social media are the primary platforms for this approach, then you can't be much concerned about anything other than information dissemination. Actual practice and feedback have no place in the examples of Microlearning that I've seen; it's all about posting a video to YouTube, then patting yourself on the back for "teaching" someone something. Like you, I thought we knew better.

just a footnote, from someone who has been there (though not responsible) when “microlearning“ had been coined for the first time in 2004 (at the Research Studios Austria), then meaning “very small learning content consuming short attention spans“ in screen savers, PC and even in “smartphones“ (we had an app for nokia s60 phones then), and being program chair for four international microlearning conferences in innsbruck, i invited “e-learning 2.0“ protagonists downes, siemens and bryan alexander (and some mobile learning specialists) to think together, what “learning in microcontent environments“ might have to look like. i wrote three papers summarising the results.

basically i see microlearning as inevitable, the more people get immersed in the web. the interstibg concept of “microcontebt had been deveoped by blog pioneers in 2001 (anil dash, joi ito being among them) as an answer to the new character of the “blogosphere“. david weinbergers formula of the web leading to “small pieces loosely joined“ summed it up neatly.

we were aware of the challenge of creating (or recognizing) new patterns for the loose, increasingly “liquid“ and personal structures made of “microcontent“, but de facto the problem had been targeted by web 2.0 designers. in a way, all of the web 2.0 appa were experiments with microcontent flows and patterns. alas, this line of reflection and research never became popular in the field of e-learning. basically, the situation is not different from 2007 - except the iphone revolution, of course. we had expected something like this from nokia.

Donald, great post as always. Is part of the issue that, as you cover, when originally discussed, this was a technical matter. An "LO" didn't have any particular size, it was a unit of interoperability. This technical issue became conflated with the fetish to drive things ever-smaller in terms of how long it would take someone to learn something. So now we have the technological conflated with the pedagogical. I also still have a huge (but largely personal I realize), ongoing issue with the use of "variable - learning". We're talking content. If anyone has learned how to sell learning, micro, nano or otherwise, sign me up. So now we have streams and conversations and are those micro or nano learning or do units of discrete measure fail when looking at a flow? What's next? Liters/second of learning? The post covers some pivotal historical moments but clearly, to me anyway, highlights an industry more interested in products than in outcomes. /end rant