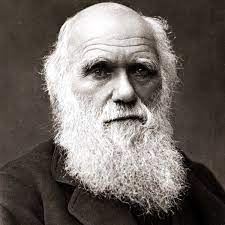 Learning theory changed with Darwin. It is a before and after event, as the very nature of the brain and how it learns changed with his theory of evolution. An unremarkable student who flitted from subject to subject, he eventually found his vocation in natural history and was recommended by his Professor for the Beagle Voyage.

He spent years collecting, observing and reflecting on what he saw in the field. After five years on the beagle, it was another 22 years before he published the Origin of Species (1859). Described by the philosopher Danial Dennet as ‘Darwin’s Dangerous Idea’, his discovery changed philosophy, science and repositioned our species, not as being at the top or centre of God’s creation but the result of a blind process. It had a huge influence not only in the teaching of biology but other fields of science that now had another narrative to support different theories about observable phenomena.

His learning method was assiduous observation and meticulous note taking. Over time, and this is an important point as it was many years, he was free to digest, reflect and speculate on what the causes were for the variations he found. For example, his five weeks in the Galapagos Islands provided enough empirical evidence of minute differences for him to speculate on the isolation of one population from another and speculation on the causes of those differences. He is a great example of the empirical scientists who gathers data, then forms hypotheses from that data, what one would call experiential learning.

A symptom of the sea-change in education was the Scopes Trial in 1925, which centred on the ‘teaching’ of evolution. The state of Tennessee had banned the teaching of evolution (Butler Act) but a teacher, John Scopes, refused to comply. He in fact was never sure that he had ever taught evolution but took a stance on the issue. The trial brought to a head a range of cultural, legal and scientific issues and was the first trial to be broadcast on national radio. Scopes was released on a technical issue, as the just should have set the fine not the judge, but the law was not repealed until 1967.

It wasn’t until 1958 that the National Defense Education Act led to national textbooks that had, definitively, evolution as the framework for the biological sciences.

The 1960s then saw the conflict move from Fundamentalism v Science to Creationism v Science and various forms of Creationism have been held to over the following decades, especially Intelligent Design, but the courts have decreed that it cannot be taught alongside evolution in US schools.

Darwin’s influence on how we see the world has been profound. His influence on education has also led to a worldview, taught in most schools, that evolution is fundamental to the natural sciences. Culturally, it led to more secular schooling, less dominance by religion, enforceable by law, and a rising respect for the sciences.

Larson, E.J., 2008. Summer for the gods: The Scopes trial and America's continuing debate over science and religion. Hachette UK.