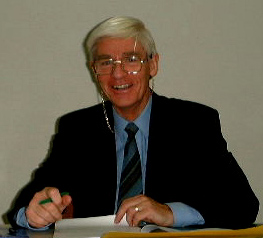 Frank Coffield, now at the Institute of Eduction, he who so brilliantly destroyed Learning Styles theory (research which is blissfully ignored by almost eveyone involved in learning), has delivered a superb paper on Government policy in education.

I agree wholly with his diagnosis - too much policy and too many organisations, but nonly part of his treatment. The diagrams are frighteningly complex, showing the whole over-engineered mess in all its dotted line glory.

However, apart from his recommendations on pruning the system right back, he still puts a lot of outdated faith in old-fashioned, Berstein-style, cod-sociology. When things were left to the practioners in education, nothing ever happened.

Some highlights....
A Badly Co-ordinated Sector, headed in the wrong direction

England does not have an educational system, but instead three badly co-ordinated sectors – Schools, Post Compulsory Education and HE.

David Raffe warned against the danger of seeing English post-16 education and training as “not only distinctive, but distinctively pathological … [where] reform proposals have been dominated by a deficit model” (2002: 11).

the participation rate of 17 year olds in education or training. The latest report shows that the UK record is worse than that in Belgium, the Czech Republic, Sweden, Japan, Finland, South Korea, Poland, Norway, Germany, France, Austria, Hungary, the Slovak Republic, Ireland, the Netherlands, Switzerland, the USA, Denmark and Australia (OECD, 2006). The official rhetoric talks of ‘seamless progression’ but every year almost 300,000 fall out of the system at age 16.

Is it any wonder that Ewart Keep (2006) has called state control of this sector “playing with the biggest trainset in the world”?

On pruning
The institutional architecture also needs rationalisation at every level. The LSC should be combined with the SSDA (see EEF, 2006), and the 47 sub-regional offices of the LSC should be quietly abandoned. Some amalgamation also needs to take place between the regional LSCs, the RDAs, and the Regional Skills Partnerships to strengthen regional governance. At local level, the local strategic partnerships should absorb both the LSC partnership teams and the local learning partnerships. And the proliferation of new bodies needs to stop.