TIME waits for no man 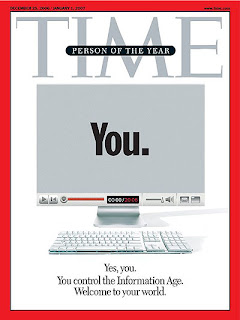 TIME magazine had an inspired front cover on 1st January 2007. The title was ‘Person of the Year’ and it had a reflective mirror with the word YOU writ large. User-driven content was on the rise and shaping travel with user reviews, politics with blogs, education with Wikipedia. Everywhere you looked users were doing it for themselves.

It was also prophetic, as the New York Time ran a story less than there weeks later about TIME Inc losing 300 jobs in the magazine to focus on new web developments!

We’re along way off newspapers an magazines disappearing but they are being salami sliced day by day month by month as younger, less print sensitive people switch to digital media.

The classic argument is that they’ll use their brands to exploit new online models, but I have my doubts. They’re fundamentally print people and don’t really get, or more importantly, like digital media. A brand like TIME Magazine (has that awkward second word in there) is a print brand that won’t transfer easily. The only exception I can think off is WIRED. I love the magazine and feeds from the web site. The successful magazines will be the ones that embrace blogs, feeds and user-generated content, seeing it as a two-way dialogue, not push it out at them.