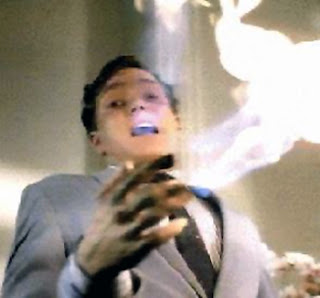 Board resigned en mass
Strange happenings at LearningLight. At the AGM, a clumsy and totally illegal manoeuvre by some local unknown from the Sheffield Chamber of Commerce, another Sheffield character and the CEO, Mark Pittaway, led to the mass resignation of the board.

Without any prior warning or information, they stupidly tried to illegally oust the Chair. She was not only an excellent Chair, but an experienced business woman and a real find for this half-baked organisation. As a result the entire Board, all unpaid (including myself), resigned. The Chief Executive clearly has no idea what he is doing, and had no real knowledge of the Articles of Association.

AGM null and void
Their own lawyers had to tell them that what they did was quite simply illegal, so the AGM was declared null and void, but by that time the board had had enough. There was no way they wanted anything to do with the CEO and the shambles that was left.

Waste of public money
It’s a tragic waste of public money. After spending huge sums of money on consultancy with PA internal consultancy, recruitment fees, offices and salaries it has met none of its targets and has collapsed in a heap of stinking incompetence. Jane Knight and Vaughan Waller had wisely left the organisation before any of this happened. The hapless CEO (who lives in Ipswich!) likes to swan off to the US (on the pretence that US companies are going to relocate to Sheffield), pay lots of consultants on scatty projects and have meaningless meetings in the RITZ when he’s in London! Yorkshire Forward should be pulled up by the regulatory authorities for allowing this to happen.

The moral appears to be that if you want to stop this sort of thing happening (the mass resignation) pay your non-execs handomely from your treasure pot of taxpayers money :). It's a good job they didn't.

My tip is to use the Savoy for meaningful meetings- a snip at £10-15 for the whole afternoon for coffee, saving the hire of a meeting room.

It's been a strange existence for Learning Light.

There's been little info available about what they actually do, and little in the way of outcomes - or at least from where I sit.

There was also the excitement about Jane and Vaughan joining, and a proposed merger with eLearning Network (which was rejected), and then both Jane and Vaughan leave to set up in business together.

What is it about e-Learning projects that are funded with public money?

Someone more cynical than you might wonder what it was about anything funded with public money. ;-)

PNot all publically funded organisations behave like this. The problems come ewhen the institution sees survival and growth as its obejectives and not its original mission. LearningLight is totally divorced from its mission and should be closed down now.

This, of course, will not happen, as the funding 'has to be spent'. There's a lot of people on a lot of large salaries who depend on teh money simply being spent, no matter what the outcome.

In response to enquiries resulting from comments that have appeared in this blog, Learning Light has issued a statement. This statement can be viewed at http://www.learninglight.com/NewsItem.aspx?id=33

In line with the systemic incompetence of the organisation the press release is factualy incorrect and misses out most of the relevant details.

For example:
"A number of the board members (including Donald Clark) who had resigned during the initial AGM"

This is factually incorrect. I didn't resign during the initial AGM. I wasn't even there. I was at another Board meeting. In fact I was a board member at the end of the illegal AGM. I resigned many days after pointing out the illegal nature of the AGM in relation to the Articles of Association.

What the press release doesn't say is that there was no indication from the CEO or Messrs Kaye and Tomlinson that they intended to stand. No information was provided on their suitability and the whole thing was an underhand, and as it turned out, disorganised, mess.

The press release referred to above isn't there. Instead a press release about the new appointments to the board, briefly issued a week ago and then pulled, has now reappeared. Meanwhile Donald Clark is still listed as a Board member on the Learning Light site, complete with photo. What has this organisation ever done other than try to buy and bully themselves into the market? And what a shambles they are.

Could the press release have been pulled after I phoned the CEO telling him it was factually wrong and misleading?

Maybe his mind is on other things. Read the other press release to see how you the tax payer are funding the Dirctors and Associates to fly to several exotic locations US, Middle East even a Cruise Ship (!) to spread the e-learning faith. It beggars belief!

I think the Freedom Of Information act may need to be applied!

The "missing" press release is at http://www.learninglight.com/NewsItem.aspx?id=35