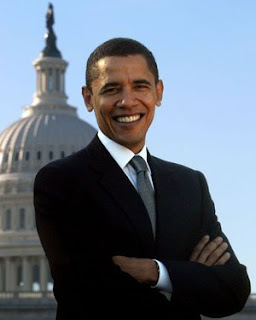 Orchestrated not organised
Both candidates used the web for their political campaign but it was Obama who won hands down. This is because he did more than use it, he understood it. Obama did not attempt to simply use it as a censored broadcast channel, he saw that it control was NOT what it was about. He also understood the importance of e-invites and the viral spread of active agents. Online activity now leads to proportional offline campaign effort. This was truly a bottom-up, networking, viral campaign, superbly orchestrated (not organised).
TV is still a major force with hundreds of millions spent by both candidates on advertising (much more by Obama due to his successful fund raising. But print has been left behind. Newspaper circulation is down and they're a poor third in a race for an ever younger audience. Obama understands the changing demographics - younger and more diverse.
YouTube
YouTube has been a significant media player in this election. 7/16 presidential candidates announced that they were running on YouTube. Old videos of Obama, Biden, Palin and McCain have been unearthed and published. Pro-candidate videos such as Obama Girl got over 10 million hits and the War veteran pro McCain video even more. Then there's spoofs; the Tina Fey SNL appearances and the fake Canadian radio interview with Palin. My favourite is McCain singing 'Bomb Bomb Iran' to a Beach Boys tune.
To those who complain that some videos have been edited to show their bad side, a good example was the Obama video showing him making a statement about his faith. In fact it was taken out of context and the fuller video was posted, rising above the first in the ratings. What many don't realise is that YouTube works on a flagging system and if viewers flag something, it is taken down. The bottom line is that almost every serious election will have to manage their YouTube and online strategy. This is a good thing as so many more voices have been heard and the candidates have no where to hide. In the end the Obama videos topped 9,000 with 5,000 for McCain.
Facebook
With 2.5 million friends compared to McCain's 624,000, Obama is the clear winner.
MySpace is ObamaSpace
Obama hammered McCain on friends with 860,000 to McCain's 217,000. Only 100 or so comments for McCain but thousands for Obama. Interestingly, McCain's is much more broadcast, whereas Obama's is a call for action and involvement.
Texting
Telephone numbers were collected at rallies and key tests sent to encourage activism and voting. This is being used to get young, especially black, voters, out to vote. A Princeton study showed that this was much cheaper.per vote, than leaflets. Both used texting but Obama started collecting numbers much earlier and in a more sophisticated manner.
iPHONE
There was even an iPHONE app for contacting people and getting them to contact and ancourage others to get involved and vote!
Twitter topped by Obama
Both candidates had Twitter sites, but the Obama one was taken seriously. McCain's was an afterthought with Obama posts running at three times those of McCain, which stopped suddenly on October 24th. Around 100, 000 were following Obama's Twitter and about 5,000 for McCain. And remember that his democratic nomination was announced on Twitter BEFORE he announced it in person.
Games
There are even reports of in-game advertising.
mybarackobama.com
But it has been the Obama web campaign that has changed US elections forever. Chris Hughes, co-founder of Facebook, helped build the site. It has been groundbreaking. It was here that 280,000 people registered accounts and went on to form 6,500 volunteer groups organising 13,000 offline events. It also became a source of policy ideas, with over 15,000 submitted.
Online money
Obama had 3 million donors who gave $6 milion, with the founder of Fcaebook chipping in. Compare that with $84 million for McCain. Then there's the 370,000 donations, all under $25. Other personal sites raised $1.5 million. Obama's web fund raising has been a first, and massively successful. I wonder if the first US president would have got there without the web?
On policy Obama has proposed the idea of a National CTO to orchestrate the Government's approach to technology and supports network neutrality (good man).
In any case, I suspect that most people around the world will wake up tomorrow feeling a lot more hopeful after an Obama victory, some may even have a lump in their throat and a tear in their eye. GO OBAMA!
at November 04, 2008