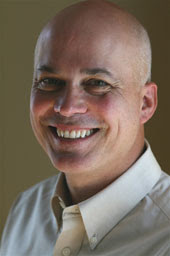 Alaska has given us more than Sarah Palin, we also have Richard DeLorenzo, an aspirational Governor for Education, who gave a talk at the recent World Education Forum in London. Of course, despite talking good sense, he will be dutifully ignored by all who attended. Why? Like Obama, he wants radical change. DeLorenzo is no ordinary visionary, he actually practices what he preaches and proceeds by proving his concepts before recommending them to others. So what’s his recipe for success?

DeLorenzo points out that the education system is actually a factory of failure. In the US 7000 students drop out completely every day, while an astonishing 15 million fail to reach proficiency annually. In his district the story was exceptionally bad; unemployment 52.3%, poverty at 75.7%, 90% of students could not read at grade level, one college graduate in 20 years and a 50% teacher attrition rate. The traditional system was failing big time. So he transformed his schools - big time.

He opted out of the state educational system to design and implement a ‘performance’ rather than ‘credits’ based system. Students did not simply spend seat time moving from year to year through the system. They made progress based on competence, not age using personal learning plans. They simply didn't allow students to fail. And his results have been outstanding, award winning and most of all leading to subsequent success for students. This is no woolly, liberal approach. It's hard headed and focuses on results.

Part of his philosophy is to open out education to other stakeholders in society, especially parents workplace representatives. He hates the idea of a closed system that shuts other institutions out. He listened to businesses and saw that they wanted good transferable skills; conflict resolution, meetings skills, team skills etc, and started to build these into his system.

A shared vision with a burning focus on basic standards was implemented in; maths, technology, social science, reading, writing, cultural awareness, personal/social/health, career development, service and science. A standards-based design underpins the whole approach along with continuous improvement. The RISC approach to learning is where the entire educational system is organized around engaging students in 21st century skills‚ working at their developmental levels and advancing only when they have demonstrated proficiency. To be specific, in reading from the 28th percentile nationally to 71st, in maths from 53rd to 78th and in spelling from 22nd to 65th.

He also believes, and this is critical, in embedding technology systemically into the system, especially one laptop per child.

Absolutely fascinating. Where did you come across him? Do you know of people in the UK (other than yourself) who are aligned with his thinking?