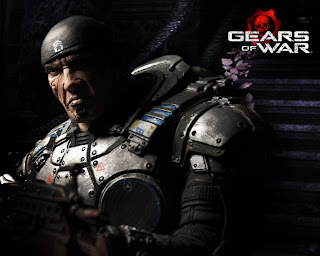 I have a deep and detailed memory of games I played, even years ago. My son, who has played many more than me, can recall, with incredible rapidity and detail, entire environments in dozens of games. The intensity of the experience, along with repeated, spaced practice results in deep processing and good recall. It made me think that any of these games could be used, as recall aids for other subjects. So I’m exploring a new way of using computer games to increase learning with my 15 year old son. I’ve taken one of his GCSE subjects (Psychology) and got him to link each module to a specific area of the game.

For example, the Psychology module on ‘Aggression’ starts with the distinction between ‘Hostile’ and ‘Instrumental’ aggression, followed by Albert Bandura’s Social Learning Theory research. I’ve got my son to link the first distinction with the opening sequence of the game where both forms of aggression are shown on the screen, actual anger and violence as well as indirect aggression through gameplay. Then, he teams up with another player who he names Bandura (memory link – he wears a bandana). The first area of the game he relates to the experiment where children watch adults perform acts of violence on dummies and are then observed playing with toys. Each new area of the game is used as a place, with relevant characters and cues to link the learning points with the game itself. To recall any one thing he only has to recall the highly visual HD graphic area of the game and that environment and characters act as cues for recall.

The technique, using a remembered building as a memory location, is an old one. It works because you are using already learnt cues to link to the new learning. These games have the advantage of being highly visual, high definition environments full of potential cues. The player/learner is also a dynamic, interactive force in the game, moving through a sophisticated topographic environment, making decisions in a state of high attention.

I think it makes sense because the encoding, storage and recall cues are all strong. By encoding these memories within a well known environment in an organised fashion with vivid cues and deep processing, recall is facilitated by recalling known, vivid cues. It seems to use episodic memory as a way of meaningfully recalling semantic information. It also, I think, uses topographic memory, which can be used in the same way i.e. the journey through different environments in the game, acts as a topographic landscape, on which memory cues are placed.

It has the additional advantage, in that he can be asked to recall this stuff before being allowed to play the game! If this works, and early results are impressive, we’ll use other games he plays for the other modules:

We are using gaming to hook our learners too. We using Battle of Newerth to cooperation and strategy. Track mania for Design. Travian for maths and ratios..

What about Caspian Learning - to create gaming/quiz?

My current fav - Atmosphir - still in Beta but wonderfully creative.

How can games designed for entertainment have any useful role in corporate training when compared to the alternatives? Where is the evidence? How realistic is it to expect games of similar production standards to be built by non-specialists however good the tools they use? Doesn't excessive time playing such games lessen development in other areas, perhaps productive social interaction? As parents, aren't we responsible for controlling the access our children have to the gratuitous, graphic violence and questionable moral messages contained in many such games?

Anonymous
There is ample evidence that games and games technology has a role in learning. The military have been doing this for decades as have others, myself included, in a number of sectors.

Games are massively motivational (a real problem in education and training), improve basic cognitive skills (nearly three decades of research on this one,)can transfer skills, have repeated practice, learning from failure, safe practice (important in fire/police/military) where one can simulate things that cannot be done in the real world.

The extra time taken to 'play' the game is compensated by deep processing of the knowledge/skill.

Games are full of social interaction with online communities, played in groups etc. This is one of their strengths.

On your moral message for parents -I don't think the way forward is to simply state that you're on a moral high horse. Look at the evidence e.g. recent Government report on the subject by Tanya Byron.

Finally,describing all games as gratuitously violent is quite simply wrong. Nintendo's Brain Training, Wii games, Spore and hundreds of education games in the market have no violence at all. It's like condemning the film industry on the back of Die Hard movies.

Really interesting stuff. I've been intrested for some time in games design and development and how it could translate into e-learning.

We've set up a link with a games degree course at our local university. We are going to offer a placement each semester to a games student who is going to come and work in our office.

Within our industry we need to attract bright new talent from a range of backgrounds. The game students I have spoken with are not really aware of the learning technologies and e-learning and how their skills could translate. When they do see something they are really excited about the possibilities.

Last week we showed 6 of the students the demo modules on the Caspian Learning website. They were amazed at what was happening in the industry and full of great ideas about how they could get the best out of the tool.

We've already had one student work with us during the summer that was a great success.

During the interview process I asked them what their favourite games was. The responses centred around learning, interface design, quality of solution, puzzle solving, story-telling and much more!

Within games design we need to look at how it can improve and enhance online learning and also how the skills from the games industry can transfer to ours.

As we start our main placement we'll be providing updates to our blog.

It's sort of bemusing that we should be in any way surprised that games facilitates a better and more memorable learning. It better models the environment and actions of the goals you are trying to achieve than the truly artificial structure of traditional education and training.

The more realistic and aligned these immersive spaces become - both in real and virtual world terms - the more actionable the learning experience.

The research bears this out.

We didn't have to wait for digital technology to change the model but it seems to be the catalyst for more fundamental change. At long last I say.

I agree Lars. And it's good to get the detailed research to back up our intuitions.

I recently came across your blog and have been reading along. I thought I would leave my first comment. I dont know what to say except that I have enjoyed reading. Nice blog. I will keep visiting this blog very often.