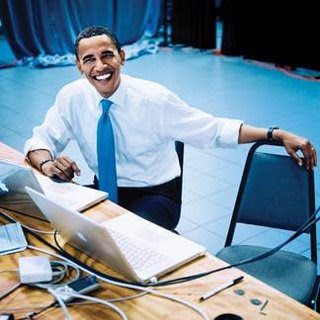 In a matter of days the economic stimulus plan in the US will be passed in Congress, and, barring any amendments, e-learning looks like a winner. A pile of money is being spent in double quick time, in line with the stimulus idea.

$1 billion of new funds have been added to the existing $267 million in the Enhancing Education Through Technology (EETT) program. 50% of the money will go directly to Title 1 schools and 50% through competitive grants. 25% of the money a school district receives has to be spent on professional development. The expected timescale is fast, with $500 million going to states in July 2009, to be used by September 2010, and the other $500 million in July 2010, to be spent by September 2011.

On top of this, there is $6 billion for broadband and wireless services in underserved areas to strengthen the economy and provide business and job opportunities in every section of America with benefits to e-commerce, education, and healthcare. In the Senate version there is $9 billion for the National Telecommunications and Information Administration's Broadband Technology Opportunities Program to improve access to broadband. This very likely will help school districts, especially in rural areas.

Now that is bold.

Compare it to the incredibly woolly and confused text in the Digital Britain Interim Report on Education and skills (they actually mean education, not skills) and warble on endlessly, using ten year old new labour ‘Creative Industries’ language. Cool Britannia lives on, if only in the minds of official government report writers.

This is great news and perhaps another sign that the current recessionary woes will be a true tipping point for e-learning. With some real money targeted in the right way we can move beyond the pigeon steps we have all been forced to take over the past 20 years and mature quickly into a truly mainstream and therefore transformational role. Roll on enlightenment in the UK - Donald you need to talk to more of our ministerial representatives. May be you could be commissioned to develop one of these reports - I'll help!

Attended a great POW POW yesterday with senior government officials and others, that seems to suggest that the message is getting through. The recession seems to be accelerating this thinking.

@Donald It's great you have such access and can help drive the message home about just how important this stimulus is for education in our country. Check out my colleague's post http://tinyurl.com/cs6xmo about the stimulus package. There you and your readers will find a tip on how to directly messages elected members of Congress. Just because we gained some ground doesn't mean we shouldn't keep pushing for more!