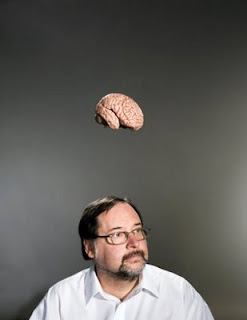 Dr John Medina’s an eccentric, he’s also an academic, an American academic, and therefore not scared of getting his message out to practitioners. If only this were true in the UK. His book is readable, full of good examples and not short on serious research. All of this is supplemented by some excellent YouTube videos, a good website and blog.

His 12 Brain Rules are a practical list of things you as a parent, learner or learning professional can immediately apply:

EXERCISE Rule 1: Exercise boosts brain power.
A sedentary lifestyle is bad for your brain and your grades. We evolved in an environment that punished sedentary activity –you’d starve or be eaten - with estimates of our ancestors walking 12 miles a day. Exercise boosts brainpower. To be specific the gold standard appears to be 30 mins of aerobic exercise, two or three times a week. He calls upon evidence from Blair, the 10,000 British Civil Servants trial and Yancey to recommend integrating regular exercise into schools and workplaces.

SURVIVAL Rule 2: The human brain evolved, too.
I’m less impressed by this rule. In fact it isn’t a rule as it’s not prescriptive, merely a description of how the brain evolved and differences in its function. Skip it.

WIRING Rule 3: Every brain is wired differently.
Our genetic inheritances and neuroplasticity mean we are all very different. This gets him back on track with some real recommendations around smaller class sizes and an education around attainment not attendance. He’s keen on e-learning, especially if it’s adaptive and provides good feedback, something that’s difficult in large classes. Finally, he goes as far as recommending a Manhattan-size research project to decide on optimal blends of teaching and technology

ATTENTION Rule 4: We don't pay attention to boring things.
Better attention means better learning. The ten minute drop off in attention in lectures/presentations should lead to lectures and presentations being bootstrapped at ten minute intervals through interaction, emotional or other attention-demanding events. Our attentional spotlight is so singularthat we DO NOT multitask. The Broadman Area 10 takes one input at a time – this is why using a mobile phone while driving is so dangerous. It is you imagining what’s going on in the other person’s head that is so dangerous. Brake onset times are slower in cellphone users than in drunk drivers! We CANNOT process multiple attention rich feeds. It’s not possible. We switch between tasks. He rubbishes the common perception that young people can multitask and damns the Mozart Effect. Interruptions can lead to it taking 50% longer to complete a task and a 50% increase in errors.

SHORT-TERM MEMORY Rule 5: Repeat to remember.
Memory is not simple. We have a variety of connected types of memory. This is important and has real and immediate implications for learning. First, realise that most learning results in forgetting if memory is not understood and strategies employed to prevent it. Encoding matters, especially elaborative encoding, the elaboration through meaning, connection, emotion and other techniques, and results in dramatic improvements in recall. The more handles you put on memories the easier they are to haul back into consciousness. Context and relevant, real-world examples have been shown to be elaborative, a strong argument, he states, for not learning in the disembodied world of the classroom.

LONG-TERM MEMORY Rule 6: Remember to repeat.
Semantic and episodic memory, along with its subset autobiographical memory, are explained but it is the recommendations around maintenance rehearsal, through spaced practice, that make this the best chapter of the book, and the best rule. Think or talk about things immediately after they’ve happened and follow Ebbinghaus and Wagner’s research in spacing out your practice. Dan Schacter’s excellent The Seven Sins of Memory gets a mention and he strongly recommends shorter learner episodes of learning, interleaved and spread across time, rather than the normal fixed, long doses. To keep it simple, repeat what was learned in the morning again in the afternoon. He would love the recent trial on spaced practice in Teeside.

SLEEP Rule 7: Sleep well, think well.
In China last year I saw children in schools put down for a nap after lunch. This was regarded as normal. Why? Sleep loss means memory loss. Offline processing during sleep matters. Sleep is needed for learning, as you will replay it over and over again. Sleep is your internal teacher. Enough said.

STRESS Rule 8: Stressed brains don't learn the same way.
An interesting chapter as it relies heavily on the work of John Gottman, and his research around parental conflict and its effect on the attainments of their children. Here, I think, he relies too much on parent induced stress and not enough on school induced stress – bullying, test pressure, peer pressure and so on. In any case, stress in harmful to learning, whatever the source, so learn in a calm, quiet environment.

SENSORY INTEGRATION Rule 9: Stimulate more of the senses.
E-learning gets a mention again through the good work of Mayer, who recommends learning content that has simultaneously presented words and pictures, not text alone, with extraneous noise excluded and multisensory lessons. I didn’t know that Starbucks bans employees from wearing perfumes – detracts from the coffee smells apparently.

VISION Rule 10: Vision trumps all other senses.
We do not see with our eyes, we see with our brains. What a great sentence. PSE Pictorial Superiority Effect is so pervasive that we can remember thousands of faces and pictures after just brief exposure. We were constantly on the move when we evolved and have sensory systems that expect this, with our attention raised in vision, preferring images and moving animation. He recommends far more pictures and animation in education, training and presentations.

GENDER Rule 11: Male and female brains are different.
This is a very strange chapter and a bit muddled. He makes a great play of differences, but doesn’t recommend different approaches to learning.

EXPLORATION Rule 12: We are powerful and natural explorers.

The brain has an evolutionary envelope and has evolved to solve dynamic problems while moving in an outdoor environment. So how would you design a learning environment? A classroom? Two interesting ideas emerge at the end of the book. First schools designed around the ‘Medical School’ example where there’s a strong theory/practice mixture. You learn through clinical practice in a real, practising hospital, as well as academically. This was an idea put forward by Dewey many years ago, and long overdue. Second, a teacher training college that focuses on brain science.

What Medina really hates is neuroastrology, the spurious use of neuroscience in learning, such as the Mozart effect, right/left brain theories and so on. Both of these are mentioned in the booklet given to parents from the school my kids attend. Teachers in education are largely in the business of brain development (the only exception is PE) yet they are strangely ignorant of most brain science and the classroom is an anti-brain environment.

"If you wanted to create an education environment that was directly opposed to what the brain was good at doing, you probably would design something like a classroom. And if you wanted to change things, you might have to...start over."

Looks like he ran out of rules around 6 or 7 or so, but kept writing anyway.

My thoughts also. I'd have cherry picked 6/7 of the best and added one more 'chunking'.

Only exception is PE?? I really don't think so. Your statement had my PE colleague bouncing in the air! Every movement is preceeded/guided by a thought or other neural activity. If not, then it's headless chickens running around in the gym...

Jacques
You're right, Medina is wrong on this one. My humblest apologies. Sports need as much cognitive consideration and practice as any other subject.

I think those are excellent rules, even 6 and 7 :) and i agree with the commentators that PE is in fact about brain development as much as any other kind of education. not only does a lot of thought go into PE, a fit body is a more likely vehicle for a fit mind!

Medina's point about PE, was that exercise (as opposed to sophisticated sports) is largely about the physical health of the body, not the the bain per se. However, as his first rule is 'exercise' you're right, he's wrong.