Brain scans are really starting to come into their own with a flurry of studies showing how thoughts and memories are represented.

Where am I?
In a study from Curre 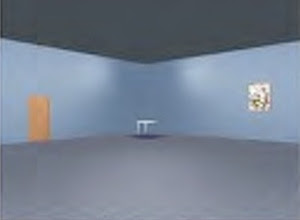 nt Biology, Several game players were trained to recognise simple 3D environments, University College London researchers then scanned blood flow changes and could tell, JUST FROM THE SCAN, where they were in the environment. In other words the scientists could literally read their minds. Their spatial memories can be read as neurons in the hippocampus, a key area in the formation of memories in the brain, called ‘place cells’ activate as they move around. There are clear, identifiable, functional structures representing how memories of this kind are encoded. There’s been some interesting speculation around reading minds and lie detection and it’s a very long way off. Understanding memory formation (the key to learning) is taking big leaps forward.


What am I doing?
My favourite brain scan study is the groundbreaking Pasceul-Leone piano experiment that showed the same levels of brain activity when both PLAYING AND SIMPLY IMAGINING a piano exercise. In other words we can learn by visualisation and mental rehearsal. Volunteers, who had never played the piano, were split into three groups. First, the control group simply listened to the piano being played over five days. The second group were taught to pay simple five finger piano exercises. The third group were simply taught to imagine they were playing the piano. The brain scans of the last two groups were almost indistinguishable. (Pascual-Leone et al Journal of Neurophysiology 1995)

This has huge implications for learning as it stresses the importance of rehearsal (practice), something long known in the psychology of learning, but much ignored in educational and training practice. I like to see this in combination with a clever study from Arizona State University took several elements of instruction and eliminated them one by one from an e-learning programme on 'computer literacy', using 256 students. They wanted to see what instructional components really mattered in e-learning. ‘Practice’ was consistently shown to be the factor that led to significantly improved results and attitudes. (British Journal of Educational Technology. In ‘The Impact of instructional elements in computer-based instruction’ by Martin, Klein and Sullivan 2006)

Where is it going?
Last year the University of California in Berkeley unveiled their realtime scanner in Nature,. This was put through its paces. People were asked to look at thousands of different images of people, animals, maps and so on. these were analysed, stored and the data used by a computer to correctly predic 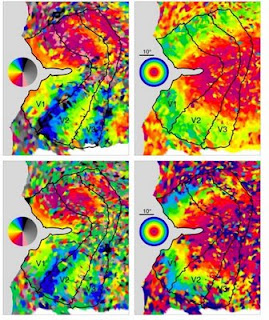 t what someone was looking at JUST FROM THE SCAN. Mindblowing!

As brain scans start to uncover how memories are encoded, stored and recalled, we can look forward to significant advances in improving learning. Many of these improvements, such as sleep, chunking, visualisation and spaced practice could be implemented from what we already know in standard memory theory. What’s exciting about scan research is the possibility of really locating and identifying the physical and chemical pathways. This in turn could lead to massive increases in learning efficacy, increasing plasticity, faster recovery from injury and limiting the effects of dementia and other diseases.
at March 12, 2009

This is very interesting Donald, another area where they should research is:meditation. I do not know how it works but I have seen after meditating, when one goes into the thoughtless state, the mind receives and processes the information in a different way.

There are faculties that are normally dormant that suddenly get activated and there is a surely wonderful fine-tuning happening between the IQ and the EQ.

These posts are ideal for mental exercises. makes many people think! Thanks for sharing this and now I tell others that the secret is practice. The reinforcement has made this a constant factor in my mind.

They were asked to look at pictures of male or female faces making emotional expressions, below which were a choice of words describing the emotion—such as “angry” or “fearful”— or two possible names for the people in the pictures, one male name and one female name.

They were asked to choose the most appropriate emotion or gender-appropriate name to fit the face they saw.

When the participants chose labels for the negative emotions, activity in the right ventrolateral prefrontal cortex region (an area associated with thinking in words about emotional experiences) became more active, whereas activity in the amygdala (a brain region involved in emotional processing) was calmed.

By contrast, when the subjects picked appropriate names for the faces, the brain scans revealed none of these changes—indicating that only emotional labeling makes a difference.

In a second experiment, 27 of the same subjects completed questionnaires to determine how “mindful” they are.

Meditation and other “mindfulness” techniques are designed to help people pay more attention to their present emotions, thoughts and sensations without reacting strongly to them. Meditators often acknowledge and name their negative emotions in order to “let them go.”

When the team compared brain scans from subjects who had more mindful dispositions to those from subjects who were less mindful, they found a stark difference—the mindful subjects experienced greater activation in the right ventrolateral prefrontral cortex and a greater calming effect in the amygdala after labeling their emotions.

This is absolutely true,a kind of thoughtless awareness exists after you have confronted the negative emotions. I have been meditating since I was in college and it has molded my perception, it is imperfect but much clearer and better that what it was initially. After reading Autobiography of a Yogi there was a curiosity about life and what lies beyond. See if can sense the thoughtlessness when you follow the instructions here: http://www.sahajayoga.org/
It is not just the ability of handling emotions but also another existence waiting us there, just like this virtual world. When one can practice this, there are many stages where the experiences are beyond the human capacity of putting them in words. Someday maybe this brain mapping will decipher these deeper levels of human consciousness. There is a sensation of extreme pleasure that cannot be compared to any of the sensations we experience it is better than being elated after achieving a goal, feeling happy after getting new clothes,child or any material object. It cannot be compared to orgasm as it is a long lasting state and again the joy is something that cannot be captured in words. That is the catch, no one can describe it, one has to experience it. I feel helpless but it is such a wonderful state that if it was possible I would share with all the people I came across. Am sorry, I got carried away but this subject is close to my heart.

Incidentally it was a Britisher, Sir John Woodroffe alias Arthur Avalon, who wrote the most authoritative book 'The Serpent Power' on these practices in the eighteenth century. Thanks for this information, I will collect this in my File.

AND could they play piano after imagining it?
Cool, I'm going to fly off the roof now. Thanks for the research tips that will be mighty useful in my trip.