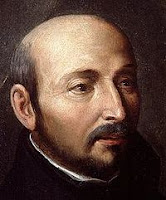 Ignatius was a soldier turned priest who formed the Jesuits, or Society of Jesus, a missionary order driven by a military-type zeal to spread the Catholic faith. Education was to be their primary and most successful weapon. Jesuit education is apostolic and the order demanded missionary and educational service in whatever part of the world they were sent. This is what drove Jesuit priests into many remote lands and ever remoter locations – the demand to defend the faith and, above all make converts. The Jesuits are still active with nearly 40,000 in the order and educational activities in 112 countries.
Ratio Studiorum
Jesuit education was founded across Europe as part of the Counter-Reformation to prevent what the Catholic Church saw as heretical teaching in the Universities of the day but after the publication of the Jesuit educational manual, the Ratio Studiorum by Acquaviva, known as the second founder of the Jesuits, in 1586, the Jesuits had added a practical method to their zeal. Acquaviva formalised Jesuit education making it easy to replicate and scale. The book is a detailed account of how to set up a school, classes, curriculum, schedules, and methods of teaching.
The primary function of education for the Jesuits was religion, specifically the teachings of the Catholic Church, so that moral character and religious devotion became habitual. This was not done through direct religious instruction but through a religious approach to all learning. Boarding was encouraged as it was in line with the indoctrination of the whole student. Strong and well-trained teachers were essential with constant evaluation and feedback throughout the year. Good teachers who were talented, prepared and inspiring were sought, poor teachers rejected.
Curriculum
It is a highly academic education with a focus on the humanities and the classics in literature, history and language with the emphasis on reason, leading to philosophy and theology. Mathematics, for example, was seen as a secondary, worldly subject. The curriculum, however, aimed to ‘form’ and not just ‘inform’ character through analysis. Critical thinking was encouraged. This is not to say that the curriculum was wholly academic, as the arts, especially drama and physical education, were encouraged.
Latin
As the idiom of religion and the Church, Latin was compulsory even into the 20th Century. Not only was Latin taught but much of the teaching was done in Latin, with some schools not allowing vernacular to be spoken, even outside of the classroom. The Ratio makes it clear that Latin was not about helping learn other languages but about inculcating learners in the culture of the church and the classics. It was taught directly and through immersion, translation being frowned upon. The religious basis of the Jesuit education is seen by many as at odds in our more post-colonial and secular world. The promulgation of Latin can also be partly traced to its religious role in Universities, and not as is commonly assumed, for utilitarian purposes.
Child-abuse
It would be wrong to taint all Jesuit or Catholic schooling with the recent crisis in the Catholic Church around child abuse, but it would also be wrong to ignore it, as it was clearly practised, through supposedly educational institutions, on a global scale. The Jesuits paid out $166 million in just two states in the US for systematic rape and abuse of Native American children over 40 years in their boarding schools. This is just one of many cases brought against the Jesuits around the world. The Ryan report, describes what some have described as Ireland’s Holocaust’ and is possibly the most depressing document in the history of education. The endemic and systematic rape and violent abuse of young children by the Catholic Church, in collusion with the state, was evil and terrifying. Even after the publication of the report, the Church was in defensive mode. The report shows that there is little or no remorse, only active damage limitation. Serious lessons about disentangling church and state from education could be drawn from this. Both institutions, unless checked, have a tendency to be authoritarian, and when they operate in tandem, the culture of deference and authoritarian abuse is amplified. It's the vast scale of the abuse over such a long time that is so disturbing.
Conclusion
Ignatius Loyola famously said ‘give me a boy until he is ten, and I’ll give you the man’. How hideously true this turned out to be. Jesuit education has modernised and in its many universities and colleges, especially in the US, has become part of the mainstream educational landscape. However, zealous religious education, whether it be Christian, Islamic or Judaic has an obvious tendency to close, not open, young minds.
Bibliography
McGucken, William, S.J.,The Jesuits and Education (1932)
Jesuit child abuse http://en.wikipedia.org/wiki/Sexual_abuse_scandal_in_the_Society_of_Jesus
at April 16, 2012