Seligman (1942 - ) Pied-piper of ‘positive’ psychology but at expense of realism? 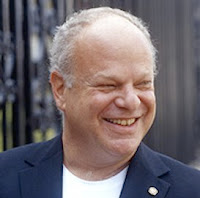 Martin ‘Marty’ Seligman, is the Chair of the American Psychology Association and Professor of Psychology at the University of Pennsylvania, is the father of positive psychology, he attempts to rebalance psychology towards the positive study of the mind, as opposed to its traditional bias towards the negative and pathological.
His early research into ‘learned helplessness’ led him towards a redefinition of psychology that saw study of the mind not as the study of what is wrong but what can be right. It was also a reaction against DSM-led psychiatry (Diagnostic and Statistical Manual of Mental Disorders), that had overseen a massive rise in mental disorders and drug use in the US population. His influence has extended beyond academia to the promotion of positive thinking and happiness as an indicator of well-being in society. Many politicians, business people and educators have seen in this work, a new way of looking at society and organisations, with more focus on the psychological health (happiness) of individuals.
Happiness debate
It is often forgotten that the ‘happiness’ debate goes back to the Greeks and was played out in detail with Bentham and Mill in the late 18th, early 19th century. ‘The Greatest Happiness Principle’ led to a definition of happiness in terms of pleasure and the absence of pain. However, Bentham’s ‘hedonic calculus’ proved too awkward to use in any practical sense. Mill opted for quality, not quantity, with a focus on higher pleasures, but there were still problems of definition, and measurability. The arguments that ‘happiness’ is vague, difficult to measure and cannot be used as a guide for moral or social well-being, remain a problem for the postiive psychology school.
Smile or Die
Barbara Ehrenreich, in Smile or Die, is one of many who have criticised the rise of positive psychology and thinking. She thinks the ‘happy’ movement replaces reality with positive illusions. You can think positively but “at the cost of less realism”. For Ehrenreich it is this optimism bias that leads to megalomaniac business leaders, failed projects, missed sales figures, unrepayable debt and failure.
Pied piper of the positive psychology
Seligman is seen as the pied piper of the positive psychology movement but Seligman’s book Authentic Happiness was been seen by as Ehrenreich as a “jumble of anecdotes”.  She found his formula for happiness banal: H= S+F+C (Happiness = set range, circumstances and voluntary control). In the The Journal of Happiness Studies she reads study after study linking happiness to every conceivable outcome but it’s a lop-sided view of the world, with no room for negative results.
Leadership and positivism
The recent financial bubble, she claims, was built on the false optimism of being positive about everything. At the heart of the economic crisis was an epidemic of self-delusion. Bankers and advisors were coked up on a heady mixture of motivational speakers, motivational literature and coaches. Ehrenreich slates Tim Robbins, Chris Gardner and Chuck Mills for creating a ‘woo’ culture of high fives and leaders who became “megalomaniac, narcissistic solipsists”. Bankers and others built bubbles around themselves, all within a mega-bubble of debt. As Paul Krugman said “nobody likes to be a party pooper”.
Business and positivism
Ehrenreich refuses to “fake sincerity” and “retreat from the real drama and tragedy of human events” and sees a wider positivist force at work in education and training. She slams infantile books like; Who moved my cheese? Chicken Soup for the Soul, The Secret etc. for selling snakeoil solutions to vulnerable people. It is always happy hour for the “professionals who peddle positivity”, as they  make huge sums of money from the selling these illusions.
Education and training
Positively, however, Seligman’s work has led to a re-examination of the purpose of education, training and social aims beyond their tendency to focus on deficit models. The well-being of the person and learner has been brought into the equation, with sensitivity around positive traits and the teaching of social and emotional skills beyond the academic curriculum. Just like Mill in the 19th century he has had to soften his position on ‘hapiness’ in his 2011 book Flourish.
Conclusion
Even positive psychology had a positive and a negative side. On the one hand it has rebalanced the science of psychology, traditionally weighed down by the psychoanalytic and psychiatric tradition of seeing the mind in pathological terms. However, as a science in itself, it may have swung too far in the other direction producing an epidemic of false optimism and positivity in politics, business and education. Some Human Resources departments and educationalists are perhaps too eager to adopt this faddish narrative, using ‘positive’ and ‘good’ interchangeably, leading to megalomania in management and business practice. It may not be a matter of optimism versus pessimism, but realism versus illusions.
Bibliography
Bentham J. (1907) An Introduction to the Principles of Morals and Legislation, Oxford: Clarendon Press.
Mill J. S. Utilitarianism, Roger Crisp (ed.), Oxford: Oxford University Press, 1998.Bentham J. (An Introduction to the Principles of Morals and Legislation.
Seligman, M. E. P. (1975). Helplessness: On Depression, Development, and Death. San Francisco: W.H. Freeman.
Seligman, M. E. P. (1991). Learned Optimism: How to Change Your Mind and Your Life. New York: Knopf.
Seligman, M. E. P. (1993). What You Can Change and What You Can't: The Complete Guide to Successful Self-Improvement. New York: Knopf.
Seligman, M. E. P. (1996). The Optimistic Child: Proven Program to Safeguard Children from Depression & Build Lifelong Resilience. New York: Houghton Mifflin.
Seligman, M. E. P. (2002). Authentic Happiness: Using the New Positive Psychology to Realize Your Potential for Lasting Fulfillment. New York: Free Press.
Seligman, M. E. P. (2011). Flourish: A Visionary New Understanding of Happiness and Well-being. New York: Free Press.
Ehrenreich B. (2010) Smile Or Die: How Positive Thinking Fooled America And The World Granta
at April 29, 2012

Good post, Donald. There a certainly pitfalls to thinking that positive thinking alone can help change social phenomena. However, one of the significant merits of positive psychology, in my view, has been its contribution to systematically researching the determinants (though in many cases, correlates) of "happiness" or subjective well being. On these grounds alone, I think the rise of positive psychology has had significant contribution. Particularly because by understanding the determinants (or high correlates), one can begin to make even more informed decisions on individual choices (e.g. focus on being a law practice partner or spend more time with friends, family and volunteering?) that would have greatest impact on individual happiness (assuming that is what one is trying to maximize). I'm writing on the subject at quellingtheqlc.com

In fairness to Martin Seligman, I've seen him speak and read almost everything he's written and he would probably be the first to agree with your closing statement. He gets just as annoyed at business people misusing and overstating the impact of his techniques as much as you seem to.

And I didn't find Ehrenreich's book particularly persuasive on the matter, a little too ad hominem and straw man for my liking

He was also perhaps unfairly caught up in the torture debate after the pictures were leaked, apparently US psychologists were reverse engineering his theories and attempting to use them on prisoners, which I guess is one way to prove they work ...

I'm no expert, just a psych student, but research seems to indicate that an optimistic (albeit a realistic positive) attitude has many positive health benefits, including a positive effect on the immune system -- for that reason alone, I give kudos to Seligman for putting it out there, and spurring discussion.

Awesome Post.
How to Make Money Online through Affiliate Marketing

Marvellous‍ post.
Why and How to Preserve your Wedding Dress