Remember ‘Three Cups of Tea’ by Greg Mortenson. It was in the NY Times Bestseller list for 220 weeks and was published in over 29 lnguagesgreat book, beloved by book clubs, a perfect story of heartfelt anecdotes, real schools in rural areas lifting people out of poverty. Except it wasn’t (many of you may know this, I didn;t). His stories turned out to be largely fiction, the money misspent, schools not built and when they were, they failed as they had no on-going support. Underlying this mess was a dangerous premise – that charity-fed schooling solves the problem of poverty.
Mitra andNegroponte
I’ve been highly critical of Sugata Mitra’s hole-in-the-wall projects, which have many holes and which have followed the same trajectory, hyperbolic, and as it turned out, fictional claims and a series of sites where there are now nothing but literal holes in walls. The parents and teachers and others involved in the projects left behind and feeling used. Even worse is Negroponte, with his educational colonialism, parachuting tablets into supposedly remote villages with American content. The same exaggerated claims, even lies (they hacked Android - no they didn't) and no sustainable legacy.
Three Cups of Bullshit
But these are TED driven tall tales, the Mortenson story is far worse.  It all fell apart after a 60m minutes expose, which exposed some shocking truths. 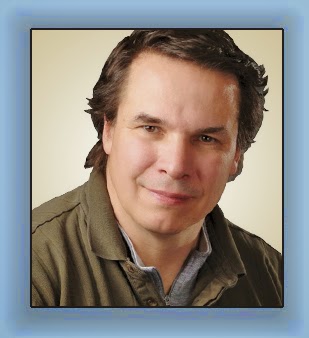 He claimed that he was inspired in his mission after getting lost coming down from K2. Astonishingly, when this was shown to be untrue, due to the geography of an unfordable river, he changed his story to claim he had crossed on a small suspension bridge. It was subsequently discovered that he had paid for the bridge to be built to mask his lies, from the charity! Then there were the big lies, like being captured by the Taliban in 1996 - odd, because they didn’t exist then. In fact he had been treated to impeccable hospitality by the locals. His books are full of this stuff and completely discredited. Most astonishing of all is the claim that he held Mother Teresa’s hand as she lay in state in 2000 – big problem – she died in 1996. More bullshit. There’s piling heaps of the stuff in both Three Cups of Tea and its sequel Stones into Schools. What was worse, he started to blame his co-author, David Relin, who committed suicide by laying down in front of a train when the revelations came out.
Make it, spend it
Mortenson then went out and hit the conference circuit to promote his book (rcognise this pattern)  which produced massive personal royalties and raise money for a charity, which he proceeded to spend. Mortensen was milking the charity for outrageous personal expenses. Credit cards were being used for personal gifts, clothes, luxury vacations, employees and family racking up health club fees and so on. It was really a money making scheme. Mortenson had the courts demand that he pay back $1 million he had filched from the Central Asia Institute charity.
Schools, what schools?
This is far worse, many of the schools he claims to have built were never built, half-built, had no students, not used as schools at all and not supported. It was largely a scam. His most outrageous claim is that schools inoculate the locals against extremism but few of his schools were built, as he claimed, in unsafe areas and it is simply not true that they had any such effect. In a cowardly way he also attacked the reputations of many who helped him on the ground, with a colonial attitude toward them and their culture.
Myth lives on
After denying everything, the pressure was all too much and he did a confessional on the Today programme last year but he bounced back and is no longer contrite
There are several recurring themes here:
1.     Tell enchanting stories
2.     Hit the conference circuit to propagate the myths and lies
3.     Raise money which you proceeds to filch
4.     Claims refuted by people who go and actually visit the sites
5.     Refuse to admit your wrongs
6.     Myth continues and you still draw out the cash
Conclusion
Mortenson is one creepy, greedy, manipulative dude but what is even more astonishing is how untouchable he remains. The charity lives on, he’s drawing a huge salary and the money rolls in. Storytelling pays, even when they’re porkies.
at March 22, 2015