Anatomy of a classroom: think out of the box 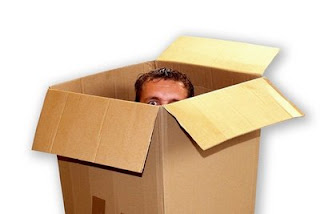 Ideo have done some great thinking in this area - which has led to removing the "box" from the classroom to help focus on designing an environment that enhances effective learning.

I visited an example at Stanford in 2006 - case study is here:

The Stanford Center for Innovations in Learning (SCIL)

I don't think it goes far enough given today's world of ubiquitous computing. But would be interested in your views.

I wonder if giving my kids their own desks but facing the walls so when I've done the teacher bit and they've all sat in the middle discussing how to do the task etc hey can then turn and get their own space? We don't have enough PCs to give them all one unfortunately!

To continue the metaphor, a Brilliant piece from Paul Black and Dylan Wiliam entitled "INSIDE THE BLACK BOX" entitled "Raising Standards Through Classroom Assessment" should be compulsory reading for anyone interested in education IMHO. It can be found at http://ngfl.northumberland.gov.uk/keystage3ictstrategy/Assessment/blackbox.pdf

Thanks Dick - box clever - that's what I'd say.

If these things were implemented one can be sure of creating one of the best educational systems ever.
One thing that I did not understand is: at on point you are suggesting of shunning the confined spaces, but you also talk about the time wasted as the student go from one class to another. Now, this is the only time when the learners get to relax a bit. chat and learn in informal atmosphere. If you are talking of open surroundings why deny the learners the only opportunity they get to stretch their limbs and interact in comparatively free atmosphere, that s till the ideal environment is allowed into the institutions.

This time when I was at my son's school his teacher was complaining that he distracts other kids as he has already understood the concepts and smiles and keeps interrupting. Secondly, she was upset about my son and his friend discussing the answers that they wrote in the exams and also that they discussed all the possible questions that might be asked as they sharpened their pencils near the dustbin. This made me smile as I know that's informal learning so vehemently discouraged in our schools.

Well, as I go through the question answers with him as we are having our final exams(today was French), the learning strategies you post here come handy. Repeat, reinforce, remember to remember. Thanks and happy Spring time!

What do the best schools do?

To minimise the negative impact of the classrooms some schools have small class sizes and sit them in a semi-circle. Common in private schools. This negates distraction and disruption but the box shape means it's impossible with 30+ kids.

Huge emphasis on what happens outside the classroom, namley regular and demanding homework, projects, extra-curricular activities, school trips etc. i.e. a recognition that most real learning takes place outside of the classroom.

Could go on for hours about this but you get my drift...