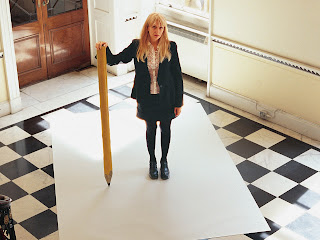 Does screen-based media change our brains?

Susan Greenfield, the Topshop dressing Professor of pharmacology at Oxford, is all over the news at the moment promoting her dodgy book The Quest for identity in the 21st century. After a quick introduction to brain science through the concept of plasticity, genetics via single gene therapy, the London cabbie experiment and the piano experiment, she gets to the point – is ‘screen-based’ media changing our brains? All cognitive activity changes our brains, but the real question is - from what to what?


As a species we are unique in our ability to learn and adapt, primarily because of our brain size, which is capped due to our skulls and the need to come down the birth canal. The brain is a very plastic and dynamic organ subject to constant change, so much so that every human is unique and different from every other human in history. This seemed like a very obvious point but she makes much of it. She presents this as if it were sound science but there are many in her field who would see her explanation as leaning too far towards the ‘blank slate’ end of the spectrum. Indeed she actually uses the phrase ‘tabula rasa of the infant’ on p229, something very few scientists would dare to do. Her argument is that genes are necessary but not sufficient. This is quite simply wrong – insome cases genes are necessary and sufficient. Genetic diseases such as single-gene defects, multiple gene disporders and chromosomal defects are common. As it is the premise for her entire book, if it is false, she’s in some trouble. The mind is certainly not a blank slate, it is also shaped by genetics.


The examples she quotes are well known, and indeed fascinating. London cabbies have large hippocampuses, as they need bigger working memories. The discovery of the role of the hippocampus in memory is fascinating, with work by Kandel (Nobel Prize) and others leading the way. Just as interesting was the ‘piano practice’ research by Pasceuel et al (1995), where those that simply rehearsed piano practice in their mind showed the same brain activity as those who did the real thing. Hold on - this seems to suggest that virtual mental rehearsal, as opposed to real-life experience is just as effective in learning - the opposite of her later arguments.


You’ve got to worry when Baby Boomers like Greenfield boom out the word ‘Cyber-world’, it’s so 1980s, and a sure sign that they don’t actually know much about technology and the web. There’s much talk, but little evidence, about technology ‘softening our sense of identity’. Indeed, she’s drops unsubstantiated anecdotes like a pub raconteur. For example, on p6, ‘One particularly depressing anecdote I heard after 9/11…there were some who couldn’t really believe that the planes crashing into the Twin Towers…were actually real…so similar were the events to some games’. OMG!


This is where she literally abandons science for speculation. Her big idea is that technology, in particular ‘screen-based culture’, MAY be CHANGING young brains. She was quick to add that she ‘didn’t want to be judgemental on this, as the jury is out’. So far so good. But no, she becomes very judgemental, shifting from MAY to 'DOES' and CHANGING to 'DAMAGING'.


Her categories – Someone, Nobody, Anyone are laughable. The younger generation are in danger of becoming Nobodies, whereas she and her Baby Boomer mates are all Somebodies. This is her crude triumvirate. It’s simplistic, and even if true, her real mistake was to confuse the medium with the message. This is an exercise in crude, unscientific categorisation – and it doesn’t wash. She needs to take a first year course in philosophy.


She quotes, without reference, ‘one recent survey’ as showing that children between 8-18 spend 6.5 hours per day online. She raises this, spuriously, to 8.5 hours due to multitasking. It’s a not so recent (March 2005) US only survey from the Kaiser Family Foundation, and is certainly not a respected authority on such matters. This statistic has been used by the right wing press for some time. In fact it’s a con. The statistic includes TV (3.51 hours), radio/music (1.44) and online a mere (1.52).


The book v screen debate is another of her false dichotomie. The web is full of text; articles, blogs, wikis, journals, even books. It’s where I buy most of my many books. Her attack on all things virtual is based on a simplistic idea of what virtual experiences offer. There’s been a renaissance in literacy on the web and has she never seen an e-book reader?


She loves books (text is her thing) but doesn't really understand that the internet is still largely a text medium. Kids read a lot online, used sophisticated communications tools, Wikipedia, Google and so on. It is semantically rich. Her view was that the internet was episodic, all images and no words. Interestingly, she didn’t attack the Baby Boomer media of film or television, the two most dominant forms of screen based media. ‘Suspension of disbelief’ (a phrase she carefully avoids) is OK it seems, as long as it’s on the media she’s familiar with, books, film and TV.


Her solution
Her solution is a future where creativity was a primary goal. What she forgets is that the internet’has promoted massive levels of creativity, opening up opportunities for personal creativity, user-generated content, music composition, video, personal photography, blogs (text),wikis’ (text), social networking, collaboration, sharing and so on. We are witnessing a renaissance of creativity and communication. More people are better educated and it’s about time the Baby Boomers stopped carping on about the internet, (which they all use to buy books, book their fancy holidays and generally keep the world and wealth to themselves). It’s always tempting for academics to worship the book and their world as intrinsically superior. They’d love us to believe that bookish people are, by definition, better people. I don’t buy this. They really are a smug lot!


This book by the Baroness (only in the UK do we love these feudal monikers) is actually rather rushed, and overlong on personal musings and surprisingly low on science. All pretence at objectivity goes quickly out of the door. However, it does raise interesting cognitive questions, that are probably best answered by others.
at February 24, 2009

No mention of her work with Dave Moore on the MindWeavers brain training software at all? She is involved in that. I think you'll find its V. Westwood not Topshop - she is classy, you know!

Thanks Rob. These types have always got commercial web skeletons in their cupboards.

Another interesting post. I remember doing some Latin at school and we read a text where somebody is describing the way that a heroic character from an earlier time is lifting a rock 'such as would take ten of today's men to lift'.

And that just about sums up the way every generation seems to think that the next generation is in terminal decline!

Vivenne Westwood, by the way, is a pretentious snob.

I read the sensationalist article that was PR for Greenfield - grabs headlines but doesn't convince.

You must put your critical review of a post up on Amazon (UK and US sites) as a warning to others.

Rob - you have any views on how well received the MindWeavers software is and it's efficacy?

Westwood? Give me Eastwood any day...

"...Baroness (only in the UK do we love these feudal monikers)"

Donald, you're wrong on that one. We Americans eat that stuff up. Among our upper crust and people who are addicted to British television dramas on this side of the pond, you'd get a lot more respect were you passing yourself off as Sir Donald.

Lars, well we did the prototype (language learning) for it back in 2000 and then it took ages to get funded and produced. It's now out (not on mac) and is advertised in the likes of The Oldie. Missed a trick on not getting it on to games consoles imo.

Frank, Westwood might be a snob, but the clothes are really well cut!

He doesn't have much time for Greenfield either.

Years ago we used to complain that children didn't read and write enough. Now they spend a lot of their time doing that through Facebook, blogs etc, we find a way of complaining about that too...

I've challenged Greenfield in the past on this tosh.
When I was around 20 years old, communication with my friends was limited to those I could physically meet (or via the phone box at the end of my road).
My 20 year old daughter these days has dozens of real friends, across the country and across the world, and she meets them, calls them, texts them, facebooks them, IMs them, all the time. Her life is so much more rich, and she is a much more social animal that I could ever have managed to be.
She doesn't read many books - but books are a very recent artificial invention. Effective societal groupings date back many thousands of years, and these new technologies make communications so much richer and more effective.