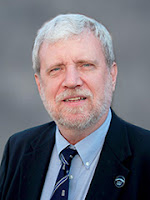 Anders Ericsson is a Swedish psychologist and expert on memory, expertise and the role of ‘deliberate’ practice. He is regarded as the father of a model of expertise in which experts are shaped, not by talent but the amount and type of practice, they employ in becoming experts.

Ericsson’s work on memory, specifically the role of working memory, and practice, has led to the training of students to remember an astonishing 100 digits (now over 450 with deliberate practice). In particular he explored the role of role of working memory in experts and high performers. He proposes a model of memory where experts use ‘retrieval cues’ in working memory that give access to long-term memory. This skilled memory theory has been tested in domains such as mental calculation, medical diagnosis, and chess.

Anders Ericsson’s study on musicians at the Berlin Academy of Music is a classic. He put the violinists into three groups:


Then he asked them about how often they had practiced. All started at around age five and had a similar pattern of practice in those first few years of about 2-3 hours a week.  Thereafter differences arose, so that by age twenty, there were:


He then looked at amateur pianists and found that they practiced around 3 hours a week, clocking up around 2000 hours by age twenty. How do you get to Carnegie hall? Practice, practice, practice. Note that this was caricatured as a general 10,000 rule, especially by Malcolm Gladwell, something Ericsson doesn’t propose. Another interesting aspect of his study was the complete absence of ‘natural talent’. There were no professionals who hadn’t practiced to the higher level and, just as interesting, none that had practiced this amount and failed. Talent seemed almost absent, hard work produced results.

Ericsson has explored the role of practice, not only in sport and music but also in areas where different cognitive skills are employed, such as chess and medicine. Several dimensions have been identified as characterising ‘deliberate’ practice, as opposed to simple repeated practice.
1. Concentration
Psychological attention and focus is vital, as deliberate practice has to move beyond repetition to pushing oneself incrementally beyond what has been achieved.
2. Chunk skills
It is not that practice alone matters but that a certain type of practice matters. More rapid improvement occurs if the learner breaks tasks down into chunked skills and focuses on improve on each component.
3. Feedback & error
It is also important to focus on feedback, either from the learner’s own observations or from a coach. Feedback matters, as it is from errors that one learns the most. Overcoming observed errors is the means of increasing skills. Failure, therefore lies at the heart of deliberate practice.
4. Increase challenge
Fourthly, learners must increase the level of challenge to accelerate the power of practice. This can be achieved by; getting faster, going for longer and simply making the task incrementally more difficult, beyond your comfort zone.

Despite the evidence that ‘deliberate practice’ is the real cause behind success, the ‘talent’ model is still common, in teaching, the perception that learners’ progress through talent and not effort. This, many argue, holds back learners and results in many giving up prematurely. Too many parents and teachers still praise the child and not the work. This problem is compounded by the language of the ‘talented and gifted’, backed up with unreliable evidence, selective recall, false memories and biases. Research is the answer to bad reporting and Ericsson has been instrumental in providing that evidence.

A welcome antidote to social constructivist theories, Ericsson focuses on the mind, memory and deliberate practice as the road to successful learning. Far from being an advocate of rote learning, he is an advocate of sophisticated, incremental steps in learning, with feedback and challenge that lead to increased performance. This is all too often absent in learning, whether in the acquisition of knowledge or skills.

Thank you for the share this information. This is very useful information for ericsson telecom equipment.Keep it up such a nice posting like this.