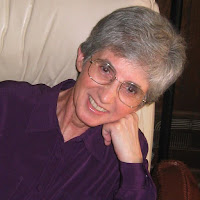 Judith Harris, unaffiliated with any University and fighting chronic illness, turned conventional wisdom, and certainly a tradition that emerged out of psychoanalysis, about childrearing. on its head. For her solid research and critique of prevailing theories, she was awarded the prestigious George A Miller Award in 1998 (ironically he was also the person who turned her down for research at Harvard). Her 1995 Psychological Review article trawled the relevant data, and found that parents matter a great deal less in the development of the character or personality of a child than we had thought. In fact, they play a relatively minor role. Harvard’s Stephen Pinker sees her book The Nurture Assumption, as a turning point in the history of psychology.

She took her cue from the fact that children invariably adopt the accent and language of their peers and not parents. Could this also be true of the non-hereditary portion of personality and character? Her thesis is neatly summed up in the subtitle to her book The Nurture Assumption; ‘Why Children Turn Out the Way They Do; Parents Matter Less Than You Think and Peers Matter More.’ Finally destroying the last vestiges of Freud’s theories about infant development and many other developmental myths, most notably the influence of parents on the personality of their children, she saw that most research fails to identify controls for heredity. In fact most of the studies that claimed to support parental influence lacked controls, had too little data and inadequate statistical analysis. Children behave like their parents because they are genetically related and not because parents treat them in any special way or because of some childhood trauma. In fact growing up in any particular household doesn’t seem to have any significant affect on one’s intellect or personality. The ‘nurture’ assumption, by which she meant the environment, including parents, had been grossly exaggerated.

On schools, she explains why classrooms are full of children who ‘play up’. They are appealing to their fans, their peer group, the other children. ‘To children in school, the most important people in the classroom are other children`’. ‘Groupness’ is a powerful force, both good and bad in the classroom. Schools encourage group contrasts between the sexes as group contrast effect start to work. The contrast effects put wedges between different groups and within each group the child adopts its norms and attitudes. These effects are cumulative and often harmful. For example, slow learners adopt the norms that make them avoid getting smarter. Smart kids get smarter. Other groups can be tribal some activity based, some class and race based.
Interventions aimed at changing parents’ behaviour don’t seem to have impact. What matters is changing the behaviour and attitudes of groups of children. She is in favour of a unisex school uniform, as it stops harmful ‘group’ behaviour from forming. Smaller schools and smaller classes also prevent dominant groups from forming. Downplaying cultural differences (the opposite of current practice) is recommended on the basis of not forming harmful racial and religious groups within a school. Teachers can split people up into randomized groups that cut across the existing group structures or regard the whole class and whole school as a group.

In her book ‘No Two Alike’ she tackles another big issue – individuality, asking why people are so ‘different’. Her attacks on the significance of birth order (it makes no difference to personality) along with many other plausible hypotheses are powerful. But it’s her ideas around a ‘status’ system that is fascinating. This seems like a good candidate for explaining why even identical twins are different.

Rather than disinterested parents abandoning offspring to their fate, her theories take the pressure off parents, seeing the evolved, natural process of parenting largely adequate. Parents need not give in to their every whim nor subject them to excessive praise. It offers an empirically strong alternative to the Freudian idea that parents are the primary causal factor in the development of their children. In fact, she claims that parental pressure has produced less happy children and more mental illness. Neither did Harris claim that parents don’t matter. They can choose peer groups and play a role in regulating relationships in the home.

Harris, J.R., 1995. Where is the child's environment? A group socialization theory of development. Psychological review, 102(3), p.458.
Harris, J.R., 2011. The nurture assumption: Why children turn out the way they do. Simon and Schuster.
Harris, J.R., 2010. No two alike: Human nature and human individuality. WW Norton & Company.