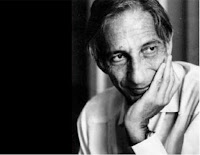 As an ordained priest, Croatian-Austrian Illich had worked with the poor in Puerto Rico but at 43 resigned from the Catholic Church because of what he saw as its institutional dominance and flaws. It was this that led to a similar evaluation of the ‘new Church’ of schooling and his seminal text Deschooling Society, not his title but the title chosen by his publisher. In fact it is misleading, as he argues not for the abolition of schools but their disestablishment, the separation of school and state, just as the Church and State were separated in the US. ‘Schooling’ for Illich confuses teaching with learning, grades with education, diplomas with competence, attendance with attainment. Schools are separated, unworldly places that lead to psychological impotence and we become hooked on their role in society to the extent that other institutions are discouraged from assuming educational roles and tasks.

We are ‘schooled’ in institutions run by technocrats that take responsibility away from other institutions for social responsibility and learning. It is all based on an illusion, he claims, the illusion that most learning is the result of teaching. Most people acquire most of their knowledge outside of school. Most learning happens casually, and even most intentional learning is not the result of programmed instruction. Most learning is, in fact, a by-product of some other activity defined as work or leisure.
He attack schooling on several fronts:
1. Age – grouping according to age
2. Teachers and pupils – that learning is the result of teaching
3. Full-time attendance – incarceration of the young
4. Packaging instruction with accreditation
Adults tend to romanticise their schooling, yet most, when pushed, recognise the smothering atmosphere of the classroom and that feeling of incarceration in school. Even supporters of schools and schooling recognise that the school has remained largely unchanged since Victorian times with their all too familiar classrooms, desks, terms, prefects, rituals, detentions, curricula, bells, corridors, timetables, prize-givings and reports.

By deinstitutionalising education, making it non-compulsory, we can return to its true, authentic value and improve quality. We need to break our addiction to traditional schooling and break its almost religious hold on our consciousness. Fascinatingly, he related this obsession with compulsory schooling to the religious, Calvinist idea of original sin; we are born imperfect and have to atone. It was not the abolition of schools that concerned him but the recognition that a wider and more diverse landscape was needed. He was prophetic in seeing alternatives in skills-centres, educational credits and the ‘possible use of technology to create institutions which serve personal, creative and autonomous interaction’.

Well before the age of the internet he foresaw the power of technology in education and knowledge. He saw an alternative to schooling through a network or service which gave each person the same opportunity to share his/her concern with others, motivated by the same concern. His core idea was that education for all means education by all. He sees us providing the learner with new links to the world instead of continuing to funnel all education through the teacher. In this sense, the inverse of school is possible, recommending four types of educational resource:
1. Reference services to Educational Objects
2. Skill exchanges
3. Peer-matching
4. Reference services to Educators-at-large
One could argue that this is starting to happen with the advent of technology in learning, through search, free content in Wikipedia, Open Educational Resources and social media. Many other formal and informal learning networks have arisen online.

His critique of the University system is as fierce as that of schools. He sees them as having betrayed their original values, becoming the ‘final stage of the most all-encompassing initiation rite the world has ever seen’. In practice, it is here that students redouble their resistance to teaching as they find themselves more comprehensively manipulated. This, along with unlimited opportunities for legitimised waste and the rising costs makes them ripe for reform. University, he claims, creates skills shortages by institutionalising professions such as nursing and teaching.
Once exposed to intense ‘schooling’ it is very difficult to free oneself from school and the expectations it sets. He is also right in noticing that this re-emergence of values comes through in educational reform, where he saw that the solution to bad schooling is always more schooling. He also resists the idea of turning our entire culture into a school through ‘lifelong learning’ and attacks the ‘teacher-as-therapist’ culture. He is opposed to pushing out the walls of the classroom until they envelop everything we do in our lives.

Although disparaged by many educators and academics, unsurprisingly, as he attacks their schooling institutions and outlook, Illich remains a huge influence on educational thought. His critique of schools is regarded as extreme but intellectually profound and related to the corrupt influence of institutionalisation, rather than political ideology or oppression. Above all, his ideas for alternatives, such as ‘learning webs’, were prescient.