Mayer - Over 500 studies on online learning… some surprising… 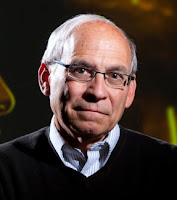 Richard Mayer is one of the most published researchers in the empirical testing of media and media mix hypotheses in online learning.  E-Learning and the Science of Instruction (2003) covers seven design principles; multimedia, contiguity, modality, redundancy, coherence, personalisation and practice opportunities. Clear explanations are given about the risks of ignoring these principles - with support from worked examples and case study challenges. It should be a compulsory text for online learning designers.

Media mix is not mind rich

His precise studies have confirmed that our media mix (text, graphics, audio, animation, video) in online learning is often flawed, resulting in cognitive overload and dissonance. Perhaps his greatest contribution has been in identifying redundancy as a serious problem in screen-based learning but he is also known for research that produces clear, practical recommendations that do not pander to those who think that media rich automatically means mind rich.

If you were asked to sum up the psychology of learning in three words, it could be ‘less is more’, that is also Mayer and Clark’s mantra. In one study, Mayer, et al (1996) presented 600 pieces of scientific learning and found that briefer versions, which were concise, coherent and co-ordinated, resulted in far more effective learning. He is also precise in his recommendations, ‘There is a clear pattern in which the more words added to the core verbal explanation, the more poorly the student does in producing the core explanative idea units. These results are consistent with the idea that the additional words overload verbal working memory, drawing limited attentional and comprehension resources away from the core verbal explanation.’ The lesson with text is to cut it ‘til it bleeds! Bullet points, simple writing, highlighted keywords and short paragraphs are all useful screen writing techniques.

He is also critical of gratuitous graphics which are added to simply fill slots on pages of text. This is not uncommon in online learning, where designers simply take a noun within the text and slam in an associated image. This does nothing, according to Mayer, than add cognitive load and slow up learning.
Background music and environmental sounds create unnecessary cognitive load and distract from, rather than increase, learning. Music over longer periods can be annoying but this also applies to sounds, such as beeps or applause, that reinforce right and wrong answers. This may be appropriate in games, but not for most online learning. Ear candy is as bad as eye candy.

He argues that ‘text and simple relevant graphics’ can improve learning as they use separate cognitive channels. They are not absolutist on these rules, as text within graphics can be useful when explaining a process or in labelling.
‘Text and animation’ which both use the visual channel, cause cognitive dissonance and often confuse rather than achieve learning. Animation, like video, should use audio narration, rather than accompanying text.
They claim that words in both text and audio narration can hurt learning. This is interesting as it is often assumed that one needs both to cover accessibility issues, using captioning. In other words, they argue for using ‘audio and graphics’ without screen text. According to Clark and Mayer (2003), ‘audio or text on their own’ are better than ‘text and audio together’. This is confirmed by another study by Kalyuga, Chandler and Sweller (1999) where the group with audio scored 64% better than the group with both text and audio. They claim that one or other is redundant and will overload the visual and aural channels.

A review of studies around this concept, known as the redundancy effect, by Sweller et al (1998) cites a list of research studies that all point to the damage done to learning when redundant material interferes with the efficacy of the learning. For example; they illustrate a point about leaving out extraneous or distracting graphics in media with an experiment, conducted by Harp and Mayer (1997), in which students were given a text to read on lightning strikes. Students who read the passage accompanied by elaborate colour photos with additional captions - as opposed to the text with simple graphics - showed 73% less retention of knowledge and 52% fewer solutions on a transfer test.

Mayer (1989), Mayer Steinhoff Bower (1995) and Moreno and Mayer (1999) in five separate studies compared graphics with text close to the graphics, and graphics with text below the graphics, at the foot of the screen. In all five studies, learners who used the co-located text and graphics improved their problem solving by between 43-89%. Similar results have been found by Chandler and Sweller (1991), Pass and Van Merrienboer, (1994). Making the learner’s eye jump from one part of the screen to another is disruptive and reduces the effectiveness of the learning. Online learning has also introduced heavy doses of rollover text which is displaced away from the item over which the cursor rolls so that the pop-up text appears elsewhere on the screen at a distance from the item in question. The research confirms that this is to be avoided in learning programmes.

Backed up by the work of Nass and Reeves at Stanford, they recommend a more conversational style of audio, using first and second person language. This is not to say that it should be over-friendly or condescending. It should feel like a dialogue, not a lecture. Note that they absolutely recommend self-paced user control, as well as frequent practice and context setting through interactions.

His research explains why broadcast TV and web design companies often fail to produce good online learning. He is drawn to techniques that entertain rather than educate, often adding media that unintentionally degrades the learning experiences. In fact one often has to break the rules in instructional video, showing, for example, procedures from the point of view of the learner, rather than a third person view.

Clark and Mayer were among the first to seriously research the use of media in online learning and have come up with empirically tested conclusions, often repeated by others, which suggest that many common practices in online learning design are, in fact, wrong. They actually result in harming rather than helping the learning process. They call for simpler, less gimmicky use of media. Animation and audio do NOT necessarily lead to better learning and may, in fact, degrade the learning experience.