Mitra – Hole in the wall… but holes in the research… 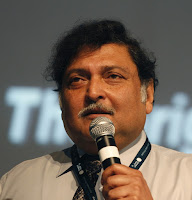 Sugata Mitra has become famous for his hole-in-the wall projects and has gone on to evangelise his SOLE (Self Organised Learning Environments), the granny and now the school in the cloud. His TED talk is well known.

Mitra placed an online computer in a wall in New Delhi in 1999, available to anyone to use. Mitra then claimed that children not only used the computer but began to navigate and learn, even deep conceptual learning, without instruction. The experiment was repeated in many locations in different countries and termed MIE by Mitra – minimally Invasive Education.

Self Organised Learning Environments are structured, three-phase, learning sessions – question (5 minutes), investigation (40 minutes), review (10-20 minutes). It involves group work (groups of four), each group with access to a computer, students can move groups at any time and it is OK to share. It is not clear how this is a particularly new approach to inquiry-based learning, other than the prescriptive nature of the groups and computers. The School in the Cloud is a structured environment for safe search and tools for curation. An addition feature is the use of grannies to support the learning. The rather misleading term ‘Grannies’ refers to any online facilitator, male or female, young or old, who mediate SOLE.  They operate from schools, community centres or private homes, using Skype.

“What we see is the idea of free learning going into free fall” said Payal Arora. When Arora came across these two ‘hole-in-the-wall’ sites (Almora and Hawalbagh in northern India), she discovered not the positive tales of self-directed learning but failure. One was vandalised and closed down within two months, the other abandoned and, apparently, had been mostly used by boys to play games. A real problem was sustainability, as no one seemed responsible for the electricity and maintenance bills. My own research into a hole-in-the-wall project uncovered the same story - empty holes in the wall, resentful teachers and testimonies that claimed the whole project was a failure from start to finish. People arrived at their school, knocked holes in their walls, inserted computers and left. They felt violated. The computers rarely worked, as the DSL line was often down, and when it did work, the larger boys dominated them, playing games.

As Arora (2010) points out, there is little real independent evidence, other than that provided by HiWEL itself and one must always question research funded by those who would benefit from a positive outcome. The lack of independent research on the sites is astonishing, something noted by Mark Warschauer, one of the few critics who have actually visited a site. Most of it comes from Mitra himself, or those in his team, almost all from one Journal. Control groups were given questionnaires at the start and end of the period, but those in the experimental group were tested every month. The obvious problem here is the polluting effect of effect the regular assessments. Indeed, as De Bruyckere et al. (2015) say, there is ample research, from Reedier & Karpicke and others on the positive effect of testing.
Arora exposed a glaring weakness in the design of the experiment. The 75 days of learning (with a mediator) was compared to the same period in the local school but like was not being compared to like, so the comparison was meaningless. It was not comparing the amount of time spent on the hole-in-the-wall material with the same or similar amount of time in school.

“Schools are obsolete” said Mitra. Far from being sited in open places, HiWEL sites were later invariably in school compounds. By being in the school it is difficult to do research that isolates the experience from the school, difficult to disentangle the role of the school (teachers, books etc.) and the hole-in-the-wall computers. Indeed, as HiWEL has explained, they involve ‘teachers’ in their implementation and mediation, making it almost impossible to isolate the causes of educational improvement. One could say, with Arora, that this has become “self-defeating”. The ‘hole-in-the-wall’ has become the ‘computer-in-the-school’. This is a subtle switch - evangelise on one premise, deliver on another.

As HiWEL makes extensive use of mediators (teachers), the real lesson of the hole in the wall experiments is that teachers, or at least mediators, seem to be a necessary condition for learning to combat exclusion, mediate learning and avoid the vagaries of child-centred behaviour. Yet this is not what the TED talks and hole-in-the-wall evangelism suggests. Another problem is that by seeing teachers as ‘invasive’, such initiatives can antagonise teachers and educators, leading to poor-support.  I found this in my research in Africa, where the teachers were resentful. Arora concludes are that these experiments do not work when not linked to the local schools and that, far from being self-directed, the children need mediation by adults. Arora goes further and claims that disassociating learning from adult guidance can lead to uncritical acceptance of bad content and bad learning habits.

Warschauer (2003) is even more critical than Arora. He claims that “overall the project was not very effective”, with low-level learning and not challenging. In addition, he found that some of the many problems were the fact that the internet rarely functioned, no content was provided in Hindi, the only language the children knew, and many parents thought that the paucity of relevant content rendered it irrelevant and criticised the kiosks as distracting the children from their homework. Sure they learned how to use menus, drag and drop but most of the time they were “using paint programs or playing games”. This is hardly surprising and seems to confirm the rather banal Influence that when you give kids shiny new things, they play with them.

It is not clear that this is anything other than traditional project or inquiry based teaching. The TED effect has given Mitra a celebrity status but little independent research has been done on his work and when researchers do look, they find a rather different story. What we can say is that his work has stimulated interest in how far we can push independent learning, given the power of new technology.