Thiel – Critique of Higher Education… it offers the same thing year after year, at a higher and higher price... 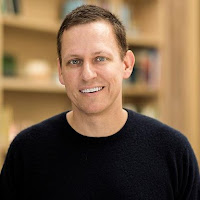 Peter Thiel was the co-founder of PayPal, first outside investor in Facebook and has since invested in many companies including LinkedIn and Yammer. He describes himself as a conservative-libertarian and espouses original views on business, social structures and education, that many find, if unpalatable, certainly interesting.

In his book on entrepreneurship, Thiel is critical of those who imagine that entrepreneurship can be taught. This, he thinks, is flawed, as “The paradox of entrepreneurship is that such a formula necessarily cannot exist: because every innovation is new and unique.” He doesn’t think that successful, network businesses can be built by MBA types, who are drilled in seeing what is the case, rather than the all-important absences or gaps. He is also critical of educational systems that drive competition, an obsession with grades, which in turn lead to conformity. The best minds in the world now focus on driving people towards careers in online advertising or the unproductive, and risk averse world ,of law and finance. This he thinks limits, rather than encourages personal ambition and progress.

He has likened Higher Education to the Catholic Church on the eve of the Reformation, “you have this priestly class of professors that doesn’t do very much work, people are buying indulgences in the form of amassing enormous debt for the sort of the secular salvation that a diploma represents." He asks young people to think again about the burden of student debt, and sees it as a form of ‘indentured servitude’. Like the Catholic Church, Higher Education turned into a global, institutionalised phenomenon that demanded increasingly large sums of money from people, for an experience that was much the same as it had been for decades. The cost of indulgences, as well as the transfer of productive wealth into the non-productive church, was a major catalyst for the Reformation. People were literally becoming indebted to the level of indenture to the church. This was impoverishing the populace while enriching the institutions. Thiel thinks this has happened in Higher Education.

The insidious side of the Catholic Church was the threat, that if you did not pay up, you were damned. This is mirrored by the modern threat that if you do not get a Degree, you’re damned as a failure, sent to some sort of economic hell, never being admitted to the heaven that is gainful employment and wealth. Criticising Higher Education is like “saying there’s no Santa Claus” claims Thiel. This is a feature of all bubbles, believes Thiel, where ‘groupthink’ takes over and false assumptions become absolute beliefs, and even debate of the negative consequences is seen as “party-pooping”.

Higher education, he thinks, is a bubble fed by a vague abstraction - the word ‘education’. Is it an investment decision for a good job? Is it mere consumption, a four-year party? Or, as he thinks, an ‘insurance policy’ that is not worth as much as you think it is worth. He charges the system with conformity, a position also taken by Noam Chomsky. Diagnostically, Higher Education suffers, he thinks, from a massive failure of the imagination, a failure to consider alternative futures. The net result is that everyone conforms and marches in lock-step to college to do similar degrees which results in homogenisation and lot less freedom of action, as people believe that everything has been exhausted, and the likes of law and finance are the only possible ways forward. He adds that the lack of focus on teaching has turned the system into an “incredible racket”.

Technology does more with less, education does the opposite, it offers the same thing year after year, at a higher and higher price. No one could really claim that the huge hikes in pricing reflect corresponding hikes in the value of University tuition. So what’s happening? Universities are complicit in this. They raise prices because they can, without attention to lowering costs through online learning, fourth semesters etc. In fact the quality of tuition may have fallen, with more students and less qualified lecturers, matched by salary inflation at the top, higher numbers of administrators and wasteful capital expenditure in largely empty buildings. Like the housing market, where people rushed to take out loans (mortgages) based on the belief that the value of their asset will always rise (or at least stay the same), many suffered a shock when the value dropped. Huge hikes in prices for the buyer, now seem unrelated to the real price of the degree. This is exactly what happened in everything from tulips to internet stocks and housing.
There is, for Thiel, no compelling evidence that the future worth of degrees will be guaranteed. That is the mistake made in all bubbles. In a bubble, real demand is brutal, and in a buyers’ market may lead to degrees being simple indicators of ‘class’ rather than intrinsic value. Universities may be creating their own bubble, dislocating cost from real value. Institutional brand ranking may lead employers to dismiss degrees from institutions perceived as second-rate. In short, your degree may become a liability while your debt remains all too real. In short, HE has all the hallmarks of a bubble. Resistant to influence from the outside it is heading towards a crisis, especially for middle-class students who are amassing enormous amounts of debt. As financial pressure mounts, the Reformation needs to come from the outside.

To action his beliefs, about the inefficiency and often irrelevance of college, Thiel’s Fellowship programme funded $100k to each of 20 people under 20, to create their own companies. The programme challenges the idea that college is the only path for young people.

Thiel has backtracked on some of his more extreme positions, such as his attacks on multiculturism and diversity, expressed in the book The Diversity Myth and his Fellowship programme has not been the success he predicted. It has been criticised for replacing education with ‘get rich quick’ programmes. His extreme views on the role of women and their political liberation have been roundly attacked as antediluvian.

Thiel is a contrarian, and although many of his ideas seem outlandish, his critique of Higher Education articulates a growing dissatisfaction with the status quo. Many see his position as exaggerated but it is cogent and based on his not inconsiderable experience in investments and predicting the future. Whether he is right will be proven by future events.