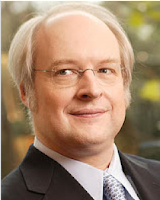 Jakob Nielsen, a Dane, has long campaigned for better usability on the internet. A ferocious critic of excessive and self-absorbed web design, especially Flash, and highly critical of designers who see the medium as a mere form of expression, rather than performing real acts of communication and learning, he offers sage advice on best practice is based on actual user responses (thinking aloud and eye-tracking).

A key concept for Nielsen is consistency. Users, he claims, crave for consistency. They expect to learn how to use a website or piece of online learning, but don’t expect to worry about the rules changing. The unexpected breaks the user’s confidence in the system making them feel insecure. This is especially destructive in online learning, where the cognitive dissonance disrupts the learning experience. In general, what’s important for Nielsen in screen interfaces is:
Easy to learn
Efficiency
Memorability
Low error rate
Satisfaction
This is why it is important to test, through voiced user trials. Users matter as users are either your customers or learners. Annoy them or switch them off any you switch off revenue or learning.

His famous ‘Flash: 99% Bad’ article characterised Flash as a usability disease. He does not criticise the tool itself, only its tendency to work against usability. Flash makes things unusable for three main reasons.
First, it encourages design abuse through gratuitous animation. Since we can make things move, why not make things move? It’s not that animation has no role to play, only that, on the whole, it’s a distraction. Interestingly, this was backed up in detailed research by Mayer. Animation takes up useful cognitive attention and distracts from learning unless it is relevant and purposeful.
Second, it reduces the granularity of user control, reverting to presentation type sequences. Flash sequences at the start of websites are among the most indulgent and annoying feature of the web. This also annoys users and learners and contributes to users switching off attention.
Third, non-standard interfaces are introduced and not easy to use by users and learners who are used to more common conventions. True and disturbing.
These usability problems are not inherent in Flash and use of this tool has improved over the years. Indeed, he developed usability guidelines for Flash (that were mostly ignored). His position remains as follows, “The problem with most Flash is that it’s irrelevant and gets in the way of users”. The download time is only one of the many problems, and even with instantaneous download, users prefer to visit sites that contain more straightforward content.

Nielsen’s study on Disabled Accessibility: The Pragmatic Approach, showed that accessibility problems should come as no surprise, ‘After all, countless usability studies of websites and intranets have documented severe usability problems, low success rates, and sub-optimal user performance, even when testing users with no disabilities.’ In general, improving accessibility improves usability, which in turn improves performance, leading to cost benefits and savings.
The value of Jakob Nielsen’s prioritised approach is that he undertook real accessibility trials of websites with users with several different types of disabilities on a range of assistive technologies, including a control group. His conclusions could be said to run against the grain, in that he recommends a pragmatic, gradual approach to making existing websites (and online learning) accessible. His advice has largely been ignored by an over-prescriptive approach to accessibility, whereas most have quietly adopted his pragmatic approach.

It can be argued that users also want aesthetic and other effects which enhance their experience when using screen-based interfaces. His ‘ideal’ websites and home pages do leave one underwhelmed. So they have a point, especially in learning, where motivation and sustained attention are important. There are many tribes in web and online learning design – usability experts. Like Krug, Norman and Nielsen, learning experts, graphic artists, who treasure their aesthetic and design judgements, coders and the customer, who often wants to impress their bosses (and users) with something that looks, well ‘flash’. Most websites and online learning are therefore compromises.
Yet, his work remains relevant, especially in pointing to the excesses of elaborate design. He’s not arguing for ugly content, only usable content. He has no problem with using readable fonts, especially for longer pieces of text. Few notice that Arial is the default font in Wikipedia but it is, and with good reason. On the whole, readers tend to prefer non-serif fonts like Arial, Verdana or Tahoma for screen text. Nielsen’s point is that, in the end, it’s users that matter and successful businesses, like Google and Amazon, keep things simple.

He claims that the biggest fault in contemporary web design is bad internal search. Poor headlines and page summaries are another bugbear. He feels that too little of the budget is spent on this feature. I have to agree. What users enter into your search box is perhaps the most important data you can gather. It shows what users, and not designers, really want.

Nielsen is not afraid to challenge those who see the internet as a medium for designers as opposed to users. His user-centred research confirms, time and time again, that real people want simpler, more consistent and less elaborate models and content. His advice, informed as it is by research, is invaluable for online learning and web designers alike. But we should be cautious about seeing everything solely through the Puritan eyes of the usability expert as there are other qualities that matter in some contexts.