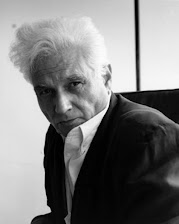 Jaques Derrida has an entire vocabulary of new terms, which he invents or qualifies in his philosophy. One should say ‘texts’ as he saw Western thought and culture as being dominated by speech, so chose the elevation of the written word, importantly and oddly, as seen separately from its author. Rejecting the phenomenology of Husserl and the focus on consciousness and sense-data, of which speech is a part, he sees traditional philosophy as being tied to the language of speech, as opposed to writing. It is to texts that he applies his famous method of deconstruction.

To say, as he did in Of Grammatology (1967) that there is nothing outside of the text, on first appearance, seems ridiculous. The Holocaust is not a text. What he meant was not the text itself but something beyond but what that beyond is, remains problematic, as Derrida refuses to engage in much interrogation of his terms.

Derrida takes critical theory down, away from larger narratives, groups or individuals to language itself. His ‘deconstruction’ looks at the ambiguity of texts, de-anchored from reality, even their authors. Meaning is down to differences. When it comes to meaning, as determined by ‘difference’, he often sees opposition as too universal a definition.

Derrida turns Structuralism in on itself by de-anchoring structures and denying the objectivity of science and reality. Like many in the Critical Theory tradition, he ‘deconstructs’ the large metaphysical and secular narratives but through the deconstruction of texts. Derrida uses the term différance in two senses both ‘to defer’ and ‘to differ.’ This was to indicate that not only is meaning never final but it is constructed by differences, specifically by oppositions.

He refuses to define or even defend concepts but it is not clear that concepts such as ‘difference’, which he defines rather confusingly as both deference and difference, are of any relevance in education and learning. As his writing moved further into wordplay, playing around with prefixes and salacious references to death and sex, it drove him further away from being in any way relevant to education, teaching and learning theory, apart from literary theory.

Avoiding the reality of even speech, restricts debate to texts. Yet it is not clear that education is what he calls speech or ‘phonocentric’ and his evidence for this is vague and unconvincing. His denial of oppositional thought, which he tries to deconstruct through reversal, denies biological distinction like gender and the persistence of a subject in relation to objective reality. It becomes an excuse for avoiding debate by reducing the other person’s views as a vague text. It matters not what your intention was, only what was said.

With Derrida we are at the tail-end of critical theory, where the object of criticism is reduced to texts and methods at the level of the ironic. His impact on education has been almost nil, as there is little that had enough force or meaning to have impact. Having rejected all Enlightenment values, large narratives, even speech, Derrida’s postmodernism is its own end in itself. His reputation merley lives on in the self-referential pomposity that postmodernism created, mostly limited to academia and even there only in a subset of the humanities, where spoof papers that mimic its vagueness and verbosity have been regularly accepted for publication.