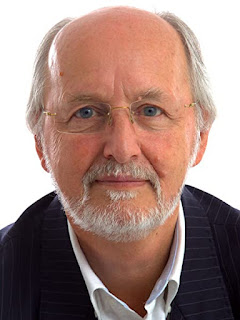 Charles Jennings is a learning and development expert who has held senior global positions in Dow-Jones and Reuters. He, along with Jos Arets and others, has supported the 70:20:10 heuristic for over 20 years but is clear that he is not defined by it. His views on shifting the mindset of L&D, which he thinks is locked into a ‘conspiracy of convenience’ has led to a detailed and deep diagnosis of bad versus good practice. He has also been involved, for decades, in knowledge management and learning technologies.

Jennings uses another phrase as a shortcut to define the problem, the ‘conspiracy of convenience’.  L&D typically reacts to the organisation which simply requests training, usually a course. No one does any analysis and diagnosis on the roots of the actual problem, so the course is built, activity measured but no relevant evaluation at start or end is even attempted. The managers are happy, L&D is happy, and learners feel as though they have made progress, but there is no measurable business improvement. Most of this, for Jennings, is a wrong-headed treadmill. L&D is literally caught in a cycle of delivering the wrong solution to problems that either may not exist or need different solutions, not always training. It reduces L&D to a subsidiary role as a delivery mechanism, not strategic partner, as there is no sense, or room for, continuous improvement in performance aligned with organisational goals.

Jennings sees 70:20:10 not as absolute numbers but as a useful reference model or framework or tool - a reason and call to action to avoid the ‘conspiracy of convenience’. It allows one to shift from the learning paradigm to the performance paradigm.

The numbers came from a small 1980s study by the Centre of Creative Leadership, in a small 191-person, 1980s study of currently successful executives. The interviewers collected 616 key learning events which the research staff coded into 16 categories. Bob Eichinger and Mike Lombardo, working with the Centre for Creative Leadership at the time, consolidated and reduced these to three categories of round numbers to make them easier to communicate:

Other studies have produced other numbers, and Jennings does not get hung up on the exact numbers and ratios, as silos. He holds to the general proposition that research shows variations in different cultures, geographies and between employees and executives but one can still conclude that most learning occurs in the workplace, through work or via other people.

In practice, Jennings believes that most L&D does ‘10’ or ‘10+’, with its main focus on formal courses and some extras. He attributes this to being over-focused on the individual. This, he sees, as HR’s influence on learning and performance. HR has to deal with individuals and remuneration, so L&D has this type of focus. In fact, L&D should focus more on the measurable outputs of the organisation. Learning and business maturity needs to move towards continuous, business improvement.

Another framing of this problem is that L&D mostly does schooling and not training, with too much focus on knowledge and skills and not enough diagnosis of the original problem, along with too narrow a set of solutions. Jennings therefore encourages L&D to move away from this mindset towards a wider perspective on performance, with a deeper take on how people actually learn in practice, with organisational, team, and individual performance as its goal.

With Deming, he sees 70:20:10 as a way of solving problems, not always as a lack of knowledge and skills but systemic problems to do with systems and processes. Human Performance Improvement (HPI) means developing new roles, focused on tasks not competences. He recommends that we start with organisational results, then look at critical tasks and ask how we can support those tasks, then link back to outcomes.

Jennings’ recommendations are consistent with, as they are based on research and evidence, Tolman’s idea of ‘latent’ learning, Marsick’s work on ‘incidental’ learning and Cross’s ‘informal’ learning. It is also consistent with the work done on transfer at the start of the 20th C by Thorndike and others, where the transfer of knowledge and skills really does determine performance. It is a real challenge as learning is rarely close to the point of use. As little as 4% of formal learning solutions (the ‘10’ in 70:20:10), do this.

Jennings has been involved with learning technologies since the 1980s. He headed up the UK National Centre for Electronic Communications and Open Support Systems (CECOMM), running networked-based learning programmes, where he produced some of the earliest online collaborative learning programmes and the first online MBA. At Dow Jones he developed Performance Support Systems, with a focus on knowledge management systems and communications. As a founder of the Online Courseware Factory, using and developing LCMS technologies to handle content with SCORM. He has also been involved with Knowledge Management, which he sees as having been data centric, then process centric, now people centric. He is surprised that it is a separate discipline and now sees a coming together with the more data centric LXP and LRS movements in technology.

70:20:10 has been criticised for being too simplistic a split. Even if qualified, it may give a false impression of certitude that weakens its case. Will Thalheimer has questioned the 70% portion as not being clear enough on whether it is supported or managed. There is also the interaction between these three forms, which now tend to overlap and support each other. It has also been criticised for not recognising the huge variations that may exist across different types of organisations or recognising that it may not apply at all. Some organisations may need a great deal of formal learning, others, like SMEs, where there is often no ‘10’. This all begs the question about the validity or force of the supporting evidence. Some argue that the evidence is quite simply not there.

Jennings has certainly contributed to a shift in mindset in L&D towards at least a recognition that learning is a much wider phenomenon and that we get the balance wrong. This has yet to be realised as the course mindset (‘10’ or ‘10+’) L&D has been slow to change. Although there are many variations on the theme, with different numbers, even redefinitions of the types of learning activities associated with these numbers, the shift is palpable. Technologies are also emerging that allow Jennings’ vision to take place. Yet the 70:20:10 side has yet to fully engage with sympathetic technology, such as LXPs and data-driven approaches to L&D. It would seem that a convergence of theory and technology is, finally, on the horizon.