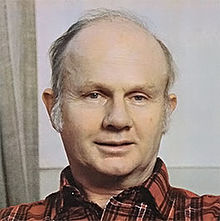 John Holt graduated from Yale in 1943 but signed up to be a submariner in WW2. On discharge, he eventually became a teacher, in various schools. This led to a disillusionment with the US education system so deep that he became an advocate for homeschooling and unschooling. This emerged from his belief that education was so deeply embedded, structurally and culturally, that it was unreformable. Neither did he believe that alternative schools were the answer. He retains his reputation as the founding father of homeschooling.

Schools, for Holt, dampen enthusiasm for learning and tend to produce conformity. What they need is not coercion and strict supervision but choices in what interests learners, what they want to follow within a resource-rich environment. His early books How Children Fail (1964) and How Children Learn (1967) laid the foundation for his scepticism about mainstream education, as well as pedagogic alternatives. This led him to encourage and support homeschooling. He founded Growing Without Schooling, the homeschooling newsletter, in 1977, also a bookstore for homeschoolers, and the classic text on the subject Teach Your Own (1981).

His diagnosis was that schools used the wrong pedagogic methods, relying on fear and conformity to push people into learning, rather than positive motivations such as curiosity and the development of enthusiasm and interests, that lead to lasting and useful learning. Teaching was not about fear of failure, criticism or the fear of appearing stupid but about building confidence, motivation and the environment to learn. Tests and exams, he thought, were dispiriting distractions from understanding concepts and the application of knowledge and skills. As end-points they encouraged teaching and learning to the test, then forgetting. He famously described schooling as a process whose end-product is ‘stupidity’.

Unschooling was a concept coined by Holt, as an antidote to school teaching and learning, as he felt ‘homeschooling’ suggested endless activities in the home, when children should, in fact be out in the community. He thought that his friend Illich’s ‘deschooling’ was too strong a term. On writing the book Escape from Childhood: The Needs and Rights of Children (1974) that promoted libertarian values, around the rights of children to vote, work, even chose their legal guardians, he followed it up with a practical guide for parents Instead of Education: Ways to Help People do Better (1976), which helped parents pull their children from the system.

The learner is allowed to choose what, how and when they want to learn and from whom. The concept is almost wholly student-centred, as the learner must want to learn. This apples, he thinks, to learning at any age and he went on to develop it into a theory of lifelong learning, where he encouraged people to learn at any age, even through teaching their own children. Teach Your Own: The John Holt Manual on Homeschooling (1981) was a practical manual on homeschooling and unschooling, with its emphasis on learning, not teaching.

He has been criticised for not having a teaching degree, an advantage in the eyes of his many supporters, who saw this as providing objectivity and the ability to recognise that the system was unreformable. He has, in fact, been proved right on the unreformable nature of schools and schooling. They have remained relatively stable and similar since Holt’s time, so that basis for his argument that homeschooling is the only alternative, is sound.

Homeschooling is seen by some as an aberration. Yet the reasons for this choice vary from the religious and political, through to suffering some children experience at schools to the simple pedagogic choice by parents. Motivations differ as do methods. Many argue that excluding children from school excludes them from the culture and social context they need. The counter is that this is exactly why parents homeschool and that these children often get plenty of social interaction, not just in singe-cohort age-bands.

Holt remains a foundational figure in homeschooling. The fact that he came to teaching late and did not have a teaching degree has enhanced his reputation as someone who has a more sophisticated judgement about relevance. He was right in seeing schools as difficult, even unreformable and saw homeschooling as the rejection of that system. It has grown, not expansively, but steadily.