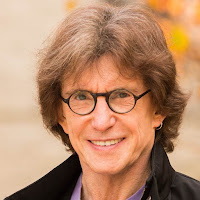 Henry Giroux, who moved from being a high-school social studies teacher to Professor at Penn State University, then to McMasters University in Canada, takes Critical Theory and applies it to Critical Pedagogy, drawing on the Frankfurt School, Habermas and Freire. Some attribute the very concept of ‘Critical Pedagogy’ to him. For Giroux, this is a force for political good and emancipation that will defend liberal democracy against undemocratic forces of power and dominance.

Education shadows powerful ideologies and is therefore repressive, protected by structures that make it impervious to criticism and an unwitting vehicle of oppression. He is therefore in favour of critical democracy that includes critiques of ideologies such as authoritarianism, capitalism and neoliberalism. Universities he also sees as being under the chains of these forces.

Schools, or rather schooling, is a vehicle for cultural reproduction rather than cultural production. As part of an active democracy they should, in response, adopt a critical role in their pedagogy, to reach out beyond the perpetuation of injustices and inequalities. Education’s role is to critique the ideologies of oppression.

Giraux sees learning as a critical process in the public area of education and beyond, not with a destructive but constructive and forward-looking intent. It must respond to increasing diversity and strive to reduce inequalities. The overall goal is to encourage emancipatory citizenship. His is a denial of Enlightenment and other ideologies in favour of the voices of the oppressed, accompanied by personal and political citizenship in a radical democracy. Pedagogy, for Giroux, is political. Schooling, its purposes, methods and malign cultural influences, must be subject to critical thought, even the curricula. This pedagogy is not just critical but radical in moving things to what ought to be in a democratic society.

His Critical/Radical Pedagogy goes further into practices that explore, even cross, borders and boundaries in education. This blurring and crossing of boundaries allows education to evolve towards fairness and equality. Everything should be examined; the nature of knowledge itself, power within institutions, diversity, curricula. In Postmodern, Feminism and Cultural Politics (1991) he questions Eurocentric theory, the language we use and adopts a Lyotardian view of knowledge, as being corrigible.

Giroux has been criticised from both the left and right. His Critical Pedagogy seems like a convenient way of pulling in Marxist influenced, political beliefs into the sphere of education, as it is more critically ‘cultural’ than ‘educational’. It is not at all clear that education plays this role in a democracy, where the population vote for educational policies, not for those policies and structures to be critiqued but implemented.

Critical theorists and feminists such as Ellsworth, race theorists like Ford and Marxists such as Malott, criticise him for being too soft on and therefore compatible with capitalism. A general criticism of both Critical Theory and Critical/Radical Pedagogy, is that they are simply the esoteric concerns of the academic class, rather than any form of relevant, practical or applicable teaching and learning theory or practice.

Giroux put Critical Pedagogy on the map. Whether it has ever come off the map onto the rocky roads of real life education is debatable. Much debated, his influence is largely on the activist and not mainstream side of teaching. His turn towards Postmodernism may have made him even more distant from the realities of actual education. nevertheless, with the rise of critical theory on campuses and in schools, his work is receiving new attention by a new audience.

Giroux, H.A., 2018. Pedagogy and the politics of hope: Theory, culture, and schooling: A critical reader. Routledge.