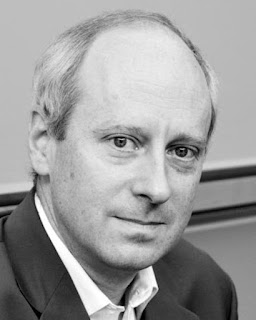 Michael Sandel is the Professor of Government at Harvard. As a political scientist he is described as a communitarian, although he doesn’t like the description, someone who sees the individual, not as an isolated self-determining agent, but as part of their community. He rejects Rawls' concept of a rational agent in morals in favour of creating a democracy that is sympathetic, not to individual aspiration and meritocracy, but greater goods. This has led him to see contemporary education, especially Higher Education, as a force for inequality and social division.

In The tyranny of merit: What’s become of the common good? (2020) Sandel diagnoses a relatively recent shift from the common good to a competitive meritocracy in Higher Education. The financialization of economies, and changes of attitudes towards success have led to a divide between winners and losers. Finance has moved away from the greater good and rewards for all, towards enormous rewards for the few who work in finance, based on speculative finance, not the creation of valuable goods and services.

This has eaten away at the dignity of ordinary work. Rewards have become hopelessly imbalanced, buoyed up by meritocratic hubris and the success ethic. If chances are assumed to be equal or could be made equal, then those that flourish can attribute their success to personal agency, it is all down to their effort. This is what animates the meritocratic ideal. This divide has deepened, aided by Higher Education, which induces a feeling that the winners, the graduate class, deserve their success and that the rest fail because it is their fault, which has led to one group looking down on the other. A side effect of this is a lack of respect for vocational skills and work.

Instead, we need an alternative account of agency and what it means to be free, a civic conception of freedom where to be free is not to be self-made but to have played a role within the country, society, place and families in which we find ourselves. A politics of the common good doesn’t reject personal freedom but recasts personal freedom by seeing ourselves as being part of something bigger.

National and local and community identities matter for Sandel. It should come as no surprise that elites have cast people who live outside of cities aside. The status of the nation as national living, identity and belonging has been eroded by the elites, in favour of the false narrative of meritocracy, which has deepened its grip over the last four decades in the US.

Sandel has come to believe that Higher Education has increased inequality and fed the neoliberal project. It first stretches out the ladder of inequality then gives a small number a leg up on that ladder. Individual upward mobility through Higher Education is not an optimised model, as it favours the few and disappoints and degrades the majority. The ‘rhetoric of rising’ is wrong-headed and this hierarchy of esteem in the UK and US works to the detriment of other educational institutions, namely vocational colleges. We must recognise that the large majority of people, nearly two-thirds, do not have degrees and are tired of the graduate class pushing them around and taking all the rewards.

He calls for a re-evaluation of education and new respect for vocational and other forms of learning and the dignity of work. We need to shift to a politics which renews the dignity of work. To create an economy where people lead decent lives, we need to reconfigure to pay people more but also give them more esteem and dignity. We need to debate this issue and find a better alignment between contributions people make and the rewards and recognition they need, towards the common good. This cannot be outsourced to markets. This, he hopes, will combat credentialism, something he finds less prevalent in mainland Europe.

People should be able to flourish in place, not by moving to an educational institution hundreds of miles away. This can now be enabled, he thinks,  through technology. Other rebalancing ideas include lotteries for elite institutions, as most of the 40,000 applicants for 2000 places, would flourish. A lottery could be applied, with extra tickets for poorer students.

Meritocracy and credentialism is now so deeply ingrained in modern politics and education, with both religious and secular roots, that it is hard to see how change can happen without disruptive social unrest. Sandel also has some odd and utopian ideas around lotteries and luck, an abstract rather than real world solution. The solution is not to introduce luck into the equation but eliminate the inequalities by making education cheaper and opening access through scalable, online learning. HE needs to be more local or at least partly online, scalable and therefore cheaper, flexible and accessible.

There is little sign of the education system changing of its own volition in response to recent and dramatic political shifts. What is happening are economic and political shifts that are leading towards the need for a rebalance between the academic and vocational. Everything from populism to climate change is putting pressure on education to satisfy new demands, rather than the demands of older political structures. Sandel believes that political change must p[receed educational change, that remains to be realised.

Sandel is right in saying that the newer political movements did and do not invoke the ‘rhetoric of rising’, they went back to more local, national and personal values. It remains to be seen how change in Sandel’s direction will happen, if at all.