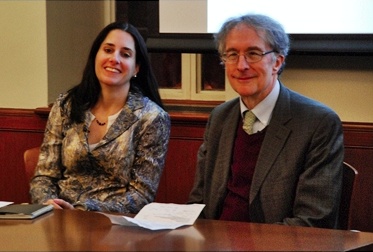 Antonio Damasio is a Portuguese-American neuroscientist. Science, he thinks, is now revealing the importance of emotions in cognition and consciousness. His research has shown that emotions play a central role in social cognition and decision-making. Also described as a neurobiologist, he brings biology and psychology together. This has interesting consequences for learning theory. He has collaborated with Mary Immordino‐Yang to explore the consequences of this emotional theory in learning theory.

Rejects Descartes in favour of Spinoza

In Descartes’ Error: Emotion, Reason and the Human Brain (2005) Damasio rejects the Cartesian separation of body and mind, emotion and reason, using brain-damage cases and experimental evidence to show that rationality requires emotional input and emotions guide or produce biased behaviour and decision-making. He contrasts the mistaken, dualist, Cartesian error with another philosopher Spinoza, who he considers to have been on the right track in Looking for Spinoza: Joy, Sorrow, and the Feeling Brain (2003). Spinoza refused to separate mind and body and explored in detail the complex role of emotions and feelings. Damasio sees him as the precursor for his own theories of consciousness and being.

Consciousness has been called the hard problem. What it is and how it occurs is still a hugely controversial subject. For Damasio, neuroscience has started to reveal the secrets of this problem. What is it we lose when sleeping or under anaesthesia? It is more than internal images and sounds, there is also a sense of self. For Damasio we generate images of the self, as the mapping of the body through feelings. The autobiographical self is built upon past memories and uses imagination and language and allows us to move beyond our biology, through learning.

In contrast to most psychological theories, with its emphasis on measurable cognition and models of memory, Damasio’s important insight is that emotion, although pushed to the side as an object of scientific study, is always in the loop of reason. When we think emotions and reason are enmeshed. It not only regulates our lives, it regulates learning. Emotion is therefore critical to learning and memory. Emotions play a powerful role in learning as motivators as all thinking and learning are inherently emotional, we can assume learners need to care about what they learn. Understanding motivation, leveraging emotional aspects of learning, is therefore essential to implement efficient learning.

We feel therefore we learn

Again neuroscience reveals connections between emotions, social functioning and decision making. For Damasio, all learning is subsumed within the processes of emotional thought. More than this, the emotion-related processes are necessary to guide and transfer knowledge and skills to the real world. He thinks an understanding of how this emotional rudder works will lead to innovation in learning design.

They take the theory of emotional thinking into the educational domain in Emotions, learning, and the brain: Exploring the educational implications of affective neuroscience (2015). For her, learners have complex sets of social emotions about other people’s minds, such as inspiration, awe, admiration, compassion, and gratitude.

Emotions matter, not just in acquiring knowledge and skills but also in transferring and applying them in real-world situations, as an emotional rudder that guides judgement, action and decision making. Emotions are needed for knowledge and skills to transfer, in particular, to novel situations and to real life.

They provide a biological and evolutionary account of emotions as an integral part of rational thought, therefore essential to social functioning. Emotion, in the sense of being part of the embodied, emotional learner has a ‘critical role in education’. Brain damaged patients were found to retain their knowledge and IQ but fail in social relationships. They use the metaphor of emotion, not being a toddler running around and breaking the china in a shop, but the shelf supporting hte china.

In learning, what are taken as necessary and important cognitive functions - attention, memory, decision making, motivation, and social functioning - are deeply affected by emotion and seated in emotion. Reason rarely exists without emotion and the application of reason is always guided by emotion. Emotional thought is therefore the platform for learning.

The problem in learning is to focus too much on the rational domain, forgetting that it takes place in an emotionally embedded setting. It also leads to devaluing emotional self-regulation and the ability to apply what one learns to new situations and the real world.

Immordino‐Yang suggests that their findings argue for a more progressive approach to education. This is a view expressed by Lakoff, yet it is not clear that this is the case. It presupposes a view that the purpose of education is to produce critical thinkers, or as Immordino‐Yang says, scholars. This is a presupposition rather than conclusion. Education has many dimensions, and for some this includes the transfer of knowledge down through a culture, vocational learning, knowledge and a wide range of skills. Immordino‐Yang wants education to produce people that are suspiciously similar to academics. This may be far from progressive.

There is still a reluctance to recognise and accept that emotion plays a significant role in learning. Yet Damasio more than anyone, with help from Immordino‐Yang in learning, has greatly increased debate around the issue. Donald Norman wrote Emotional Design in 2010 but renewed interest in emotion has come from the interest in learning technology. Getting learners to say what confidence they have in answers has been a common feature for some time. More recently, where motivation, engagement and learning experience design have put more emphasis on the emotional component, interest in emotional design has come to the fore. In AI sentiment analysis has also allowed the harvesting of data on feelings and emotions.

Immordino‐Yang, M.H. and Damasio, A., 2007. We feel, therefore we learn: The relevance of affective and social neuroscience to education. Mind, brain, and education.

Immordino-Yang, M.H., 2015. Emotions, learning, and the brain: Exploring the educational implications of affective neuroscience (the Norton series on the social neuroscience of education). WW Norton & Company.Damasio, A., 2018. The Strange Order of Things: Life, Feeling, and the Making of Cultures, Pantheon

Damasio, A., 2010. Self Comes to Mind: Constructing the Conscious Brain, Pantheon

Damasio, A., 2003. Looking for Spinoza: Joy, Sorrow, and the Feeling Brain, Harcourt

Damasio, A.,  1999. The Feeling of What Happens: Body and Emotion in the Making of Consciousness, Harcourt