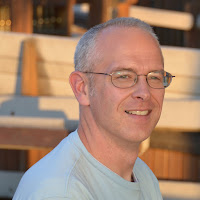 David Wiley was an early and influential figure in the OER (Open Education Resources) movement. He was involved not only in open content but also the definition and evangelising of OER and encouragement of open learning communities. He started the Open Content project, with its Open Conte Licences was closed in 2003, when it was superseded by Creative Commons. Creative Commons is a nont-for-profit, where Wiley was the Director of Educational Licenses, has over 2 billion works licenced, including Wikipedia and Flickr.

OER was a development that encouraged the open license of education content, in all forms of media for teaching, learning and assessment, also for research. Open is not a simple concept, in opposition to closed, as it is a matter of degree in terms of the nature of the content as resources, courses, books and so on, also the degree to which they are in the public domain.

Reuse—The most basic level of openness. People are allowed to use all or part of the work for their own purposes (e.g. download an educational video to watch at a later time).

Redistribute—People can share the work with others (e.g. email a digital article to a colleague).

Revise—People can adapt, modify, translate, or change the form the work (e.g. take a book written in English and turn it into a Spanish audio book).

OER has been somewhat confused by the availability of free resources, such as MOOCs. Free is different from open and can give the impression of low quality. There is also the NIH (Note Invented Here) syndrome that often prevents such resources from being used by research oriented faculty who have a natural disposition towards seeing everything created by them, even content that is to be taught.

The Open Educational Resources movement has been growing steadily through the steady and relentless world of theorists and contributors, such as David Wiley. In practice, it turned out not to be reusability redistribution, revision and remixing that was relevant. OER targeted directly at learners, not teachers has had far more success and this happened on a greater scale with resources such as YouTube, MOOCs, Khan Academy and Duolingo, almost in spite of the institutional OER movement. In fact, there seems to have been a bifurcation in OER between the flood of publicly funded projects, that tended to atrophy even die, and a successful crop of global successes.