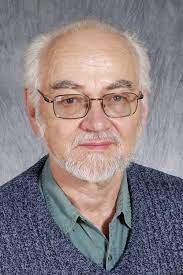 Jaak Panksepp (1943 – 2017), an Estonian-American, uses the term ‘affective neuroscience’ to describe his work, the research of emotions through neuroscience. He thinks it is only through neuroscience that wee can understand emotions. We have in Panksepp a classification of emotions in terms of Primary, Secondary and Tertiary, classified by origins, based largely on animal experiments. But he saw his work as spanning all mammals, most likely all vertebrates, even some invertebrates as having evolutionary determined emotions, hence his focus on animal experimentation. We have a legacy of learning and memory but also emotions. He also sees an understanding of affective networks of mammalian brains as fundamental for understanding mental disorders.

Panksepp saw life as being empty without emotions, emotions as being part of our evolutionary heritage, survival features. We do not teach or learn these seven Primary affective systems, they are innate:

We can learn from these emotions and learn to modulate them but we do not learn them. He did think that they formed the basis of our personality, different emphases producing different personality types. Secondary emotional processes are learnt through classical and operant conditioning and Tertiary emotions are sensory (taste, pleasure, pain) and homeostatic affects (hunger and thirst).

We, unlike animals, are cognitive creatures, but he regrets the common disregard of emotions, and our evolutionary heritage, in understanding the foundations of learning and higher cognitive processes. Much of what is presented in traditional learning theory, whether rewards, punishments or reinforcements rely on the emotional responses of the brain.

The alignment of primary, instinctive emotions may enhance learning. On the other hand many may inhibit or hinder learning. RAGE, FEAR and PANIC are not conducive to learning.

Learning may also benefit from the SEEKING emotion, with its feeling of enthusiasm, as it is instinctive for survival, it promotes learning through purpose, anticipation and curiosity. It’s absence diminished a disposition towards learning. Another powerful emotion in learning, for Panksepp, is PLAY.

Children play instinctively, it gives them joy, something also found in the animal world. He distinguishes between physical, social, exploratory and object play. Playing with others is what is primary, whereas playing games is likely to be a secondary process, dependent on learning and memories.

Play is essential for healthy, social mental development as it activates complex neural growth and epigenetic programs. This helps regulate the growth of children into mature social and stable adults. He thinks that the increasing diagnosis of ADHD may be due to increased intolerance towards  play, along with fewer spaces and opportunities to play. Lots of physical play can therefore be an antidote to ADHD and childhood depression, so he recommends increasing opportunities by having more spaces where children can play. Without such opportunities he sees the biological need for play intruding more and more into classroom activities.

Panksepp widened psychology to include the affective domain and emotions, by coming from an evolutionary perspective, so seeing the affective as a fundamental feature across the animal kingdom. But affective research is still sidelined by the rational or more purely cognitive dimensions. While emotions may need to be studied it is not the case that emotions are all good for learning. Panksepp is honest in seeing some as good but others as harmful. He has helped by giving us a useful taxonomy of emotions that allows us to study what and how they can be used to the benefit of teaching and learning.