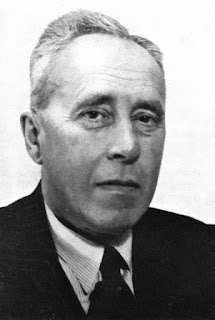 Johan Huizinga (1872 – 1945), the Dutch cultural historian and theorist, wrote the landmark book Homo Ludens; a study of the play element in culture (1938). It traces and examines the cultural role of play back through the entire history of our species. It is a foundational text in the study of play in culture. Note that the word ‘Ludens’, in the title, has a broad meaning in Latin, of play, sport, school, and practice.

His definition of play is worth repeating:

“Summing up the formal characteristics of play we might call it a free activity standing quite consciously outside "ordinary" life as being "not serious," but at the same time absorbing the player intensely and utterly…. It proceeds within its own proper boundaries of time and space according to fixed rules and in an orderly manner.”

Animals play games as do humans. It therefore existed as part of our evolutionary heritage before culture. Play, in general, for Huizinga has 5 features:

2. Not ordinary or real life

5. Has no material interest or profit

Play is not serious but played seriously. It encourages the freedom to play but within the bounds of strict rules, where breaking the rules is a serious matter. Along with a recognition that ‘teams’ matter, dressing up to play is part of its ritual, as it fosters a sense of community. Even though it lies outside of life, and its goal is not material gain, it is a serious and intense activity. Yet this activity is also joyful and exhilarating. Play has these almost puzzling and intertwined roles. He notes the constancy of play but the variable, and sometimes wider, meaning of ‘play words’ in different languages and cultures.

Huizinga sees play in the widest terms as being present in knowing and philosophy, also the play of words through metaphor, poetry and literature and in the arts in general. Verbal contests also have playful elements, through sophistry and arguments as contests. For Huizinga, there is also a sense in which the law, through the contest of trials, and war as contest, are games being played, with rules that changed over the centuries, yet the freedom to punish or allow carnage. Additionally, music and dance have play in their construction and performance.

Yet play exists side by side with culture in almost all societies, as something primary. Civilisation seems to demand play. Western civilization, in particular, especially in its earliest stages, is rooted in play and is ‘played’. Culture has not emerged from play, it is entwined with play. Play is therefore both in and part of culture.

A fascinating observation by Huizinga is that play has been in slow decline in Western Civilisation, starting in the 18th century but descending into an instrumental activity that has become Nationalistic, commercialised and full of pomp. He saw us as losing something valuable, the ability to ‘play’ and not be ‘played’, where it loses its real function in culture, subsumed under the complexity of society, rather than something separate. It becomes used as part of the tyranny of ideologies. He disliked the idea that playful activities become all too serious or that serious occupations become too playful. Published two years after the Nazi Olympic in 1936, he started to see the dangers of this form of Nationalism.

Some see Huizinga as having got things the wrong way round and that play is a form of enactment that sits separately, emerges from and plays out re-enactments of social activity, in a formal event. It is not, therefore, a cultural phenomena that exists as both playful and serious but a separate type of endeavour. They interpret play instrumentally, as a microcosm, to formally represent and play out fair behaviour in society. Play in this sense is also used in learning to become adults and behave in our dealings with others.

Huizinga was not the first to see play as important in learning and drew upon Heraclitus, Plato and Schiller. Since Huizinga, other theorists, such as Roger Callois, in Man, Play and Games (1961), have built on Huizinga’s work. The concept of play was also researched and studied in more recent times, most notably by Panksepp, as someything hard-wired into our animal brains. In the field of computer games and learning James Gee and Mark Prensy have both written on the role of computer games in learning. So although Huizinga saw play as not ‘serious’, there emerged in learning a field of ‘serious games’.